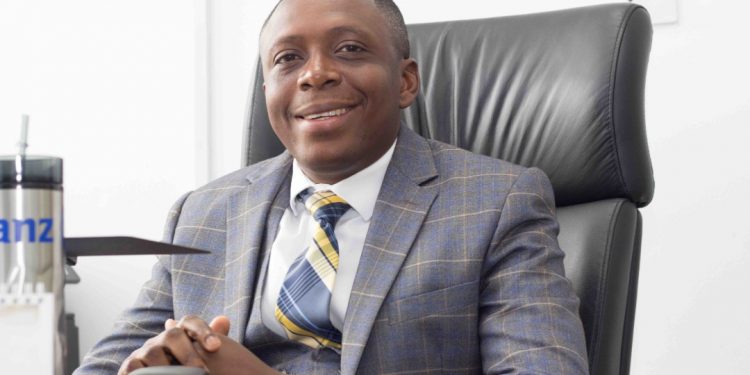 Every year, Allianz Life Ghana holds a Sales Awards ceremony to recognize and reward its diligent and productive sales force who continue to contribute to the success and progress of the company.

On Friday, February 26, 2021, the 2020 Sales Awards ceremony was held virtually in order to comply with COVID-19 safety protocols.

Multiple-award winning businessman Prince Kofi Amoabeng was the special guest of honour at the event which had both staff and sales force in attendance.

Mr. Amoabeng who recounted his journey from the military to becoming a renowned businessman stated that the secret to having a great relationship between employer and employees is respect

“ If you respect your employees and show them that you care for their needs, they will in turn respect you and give off their utmost best,” he said.

Cash awards and certificates were presented to both sales staff and sales executives who recorded the highest premiums in 2020. These were presented to them by members of the Executive Management of Allianz Life.

Similarly, for Sales Executives in this Mid-Income league, the top 10 with the highest premiums were also rewarded. Success Gyasiwaa and Monica Mensah came in first and second place respectively. The third, fourth and fifth places were won by Mercy Darkwaa Aboagye, Sampson Oduro and Winfred Perseus Adorku in that order.

The Persistency League, which is a league to reward top Sales Executives who have been with the company since its inception, was won by Evans Nyinaku, who was followed by Christiana Edinam Amegah. 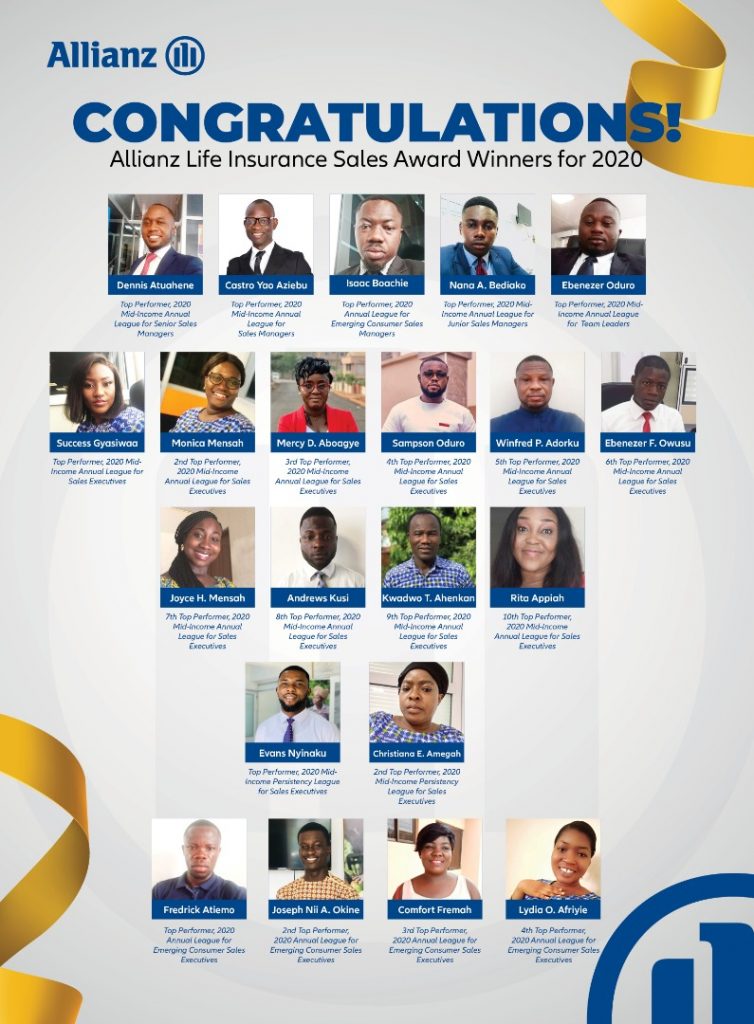 Allianz Life’s Chief Retail and Marketing Officer, Jane Kitome, expressed her gratitude to the sales team for their dedication and hard work

She congratulated and encouraged all the award winners and urged all others to put in their best.

Also in attendance was the Head of Agency for Allianz Africa, Amine Elkernighi who expressed his delight at the achievement of the sales force and wished them well for 2021.

The CEO of Allianz Life Ghana, Gideon Ataraire, in his speech said: “This is the day for us to celebrate our heroes. A day to reward the hard work and excellence of this great sales team that was able to make great strides especially during the COVID-19 pandemic with all its limitations.”