Asiedu Nketiah named as member of Parliamentary Service Board 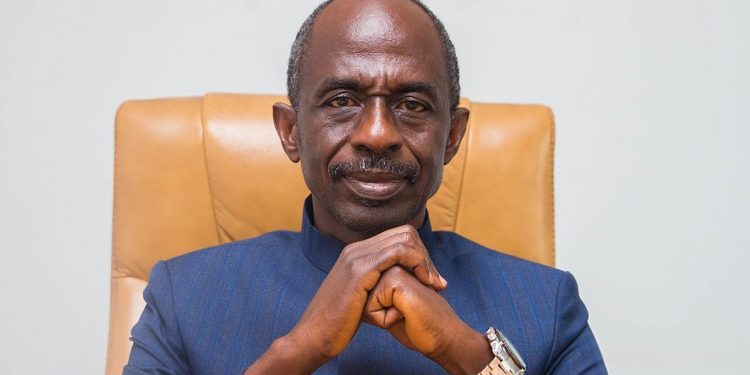 The General Secretary of the opposition National Democratic Congress (NDC), Johnson Asiedu Nketiah has been named as part of four persons to constitute the new Parliamentary Service Board.

This was announced on Monday, March 29, 2021, by the Speaker of Parliament, Alban Bagbin.

Mr. Bagbin announced the names as part of a report he received from a special advisory committee set up for that purpose.

The Parliamentary Service Board is chaired by the Speaker. It governs the activities of the legislature.

The other members of the Board are Osei Kyei-Mensah-Bonsu, Haruna Iddrisu and Mr. Abraham Osei Aidoo.

“After a long period of discussions, it has been agreed for appointments of the following persons: Honorable Osei Kyei-Mensah-Bonsu, the Member of Parliament for Suame and Majority Leader, also the Honorable Haruna Iddrisu, the Member of Parliament for Tamale South and the Minority Leader. The third person is Mr. Abraham Aidoo, a former MP and former Majority Leader and Mr. Johnson Asiedu Nketiah, also a former MP and the current General Secretary of NDC.”

The Speaker had earlier expressed his displeasure with the delay in constituting the board and thus directed the parliamentary committee to advise him on the appointment of members to the board.

He threatened to advise himself to forestall any further frustration should the committee fail him.

The Board has the responsibility of promoting the welfare of Members of Parliament and Staff of the Service.

It also has general control of the management of the Service in matters of policy.

The Speaker has ultimate responsibility for the Service.

With the prior approval of Parliament, the Board makes regulations prescribing the terms and conditions of service of officers and other employees for the effective and efficient administration of the Service.