Audit Service Board attitude towards Domelevo ridiculous and unfortunate – CDD 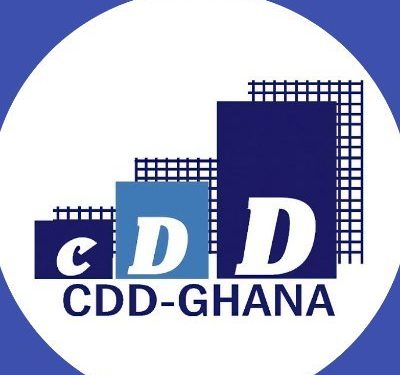 The Director of Advocacy and Policy Engagement at the Center for Democratic Development, Ghana, Dr. Kojo Asante, has described as ridiculous and unfortunate, the Audit Service Board’s referral of Audit-General Daniel Yao Domelevo to President Nana Akufo-Addo for possible retirement.

Chairman of the Board, Professor Edward Dua Agyeman in a series of correspondence with Mr. Domelevo questioned the Auditor General’s age and nationality.

According to the Audit Service Board, Mr. Domelevo should have retired from public service in June last year but is still in, due to a change in his date of birth from June 1960 to June 1961. The Board also alleges in the correspondence that Mr. Domelevo is Togolese and not Ghanaian.

In providing details to its claim, the Audit Service Board said in a letter dated 26th February 2021 that, “Records at the Social Security and National Insurance Trust (SSNIT) completed and signed by you indicate your date of birth as 1st June 1960 when you joined the scheme on 1st October 1978. The records show that you stated your tribe as Togolese and a non-Ghanaian. That your hometown is Agbatofe.”

“On 25th October 1992, you completed and signed a SSNIT Change of Beneficiary Nomination form, stating your nationality as a Ghanaian and your hometown as Ada in the Greater Accra Region. The date of birth on your Ghanaian passport number A45800, issued on 28th February 1996 is 1st June 1961. That place of birth is stated as Kumasi, Ashanti Region,” the correspondence stated.

However, Mr. Domelevo in a written response to the letter explained that his grandfather was a native of Ada in the Greater Accra Region but migrated to Togo and stayed at Agbatofe.

He also explained that his father Augustine Domelevo migrated from Togo to the then Gold Coast.

“Either my father wrongly mentioned Agbatofe in Togo as his hometown to me, or I misconstrued it at the time… My mother is also a Ghanaian,” he explained.

The CDD’s Dr. Kojo Asante in Citi News expressed his disappointment with the Board’s move.

Mr. Asante called for the Board to be charged with causing financial loss to the state if they knew all of these issues and waited for his return for the issues to be raised.

“It’s quite unfortunate that these developments have occurred because the claim is that after all 1st June this year, he would have retired anyway. I think that what has occurred is ridiculous and consistent with the kind of shenanigans we have seen from the Audit Service Board in respect of Mr. Domelevo’s tenure. We have had the accusations of mismanagement that didn’t go anywhere, and now we are even hearing he isn’t a Ghanaians.”

“If there are questions to be asked, it should be whether people should be charged with causing financial loss to the state because if they knew all this while that he isn’t a Ghanaians and should have retired in June 2021, why did we send him home to go and stay there idle and paid him. Why didn’t we ask him to retire then? And only when he is due to return and then these issues are raised.”