Domelevo expected to return to work today despite Audit Board challenge 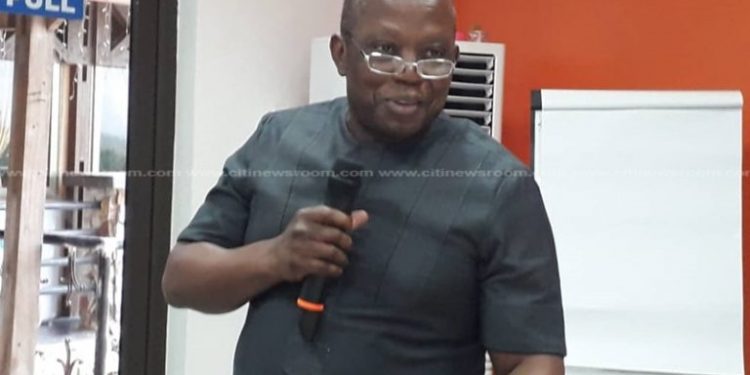 The Auditor-General, Daniel Yao Domelevo is scheduled to return to work today from his 167-day compulsory leave.

According to Citi News sources, Mr. Domelevo will be in his office by 8 am today to fully resume work from his long compulsory leave.

This is despite the latest brewing controversy about his age and nationality between him and the Audit Service Board.

The Audit Service Board said in a letter dated 26th February 2021 that, “Records at the Social Security and National Insurance Trust (SSNIT) completed and signed by you indicate your date of birth as 1st June 1960 when you joined the scheme on 1st October 1978. The records show that you stated your tribe as Togolese and a non-Ghanaian. That your hometown is Agbatofe.”

“On 25th October 1992, you completed and signed a SSNIT Change of Beneficiary Nomination form, stating your nationality as a Ghanaian and your hometown as Ada in the Greater Accra Region. The date of birth on your Ghanaian passport number A45800, issued on 28th February 1996 is 1st June 1961. That place of birth is stated as Kumasi, Ashanti Region,” the correspondence stated.

Mr. Domelevo has rejected these claims.

“Either my father wrongly mentioned Agbatofe in Togo as his hometown to me, or I misconstrued it at the time… My mother is also a Ghanaian,” he explained.

Mr. Domelevo was asked to proceed on his accumulated leave of 123 days but had the duration extended by 44 more days to include his leave for the year 2020 other than just the initial leave period calculated from his 2017 to 2019 working years.

The Auditor-General was said to have made use of only nine out of his 132 annual leave since assuming office in December 2016.

We view Domelevo as a retiree - Audit Service Board Chairman