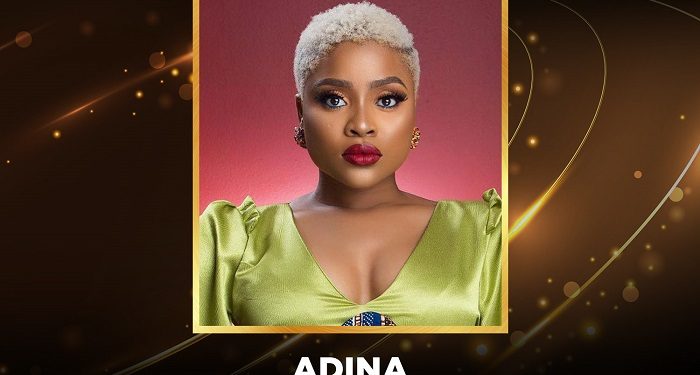 After competing with four other nominees, Adina Thembi won the Best Female Artiste of the Year category in the Entertainment Achievement Awards.

The other four who were nominated for this year’s category were Diana Hamilton, Sista Afia, Wendy Shay, and Eno Barony.

Adina, in 2020 explored her potentials by releasing her maiden album titled ‘Araba’, after years of many successful singles.

Touted by many as a masterpiece, the album has songs like ‘Why’, ‘Jeje’, ‘Daddy’s Little Girl’, ‘Hyedzen’, among others.

In February 2020, she performed at Kuami Eugene’s Fadama Concert.

She also staged a performance at the Vodafone Ghana Music Awards and held her own virtual concert in the year under review.

The Entertainment Achievement Awards aims at leading the way in sanitising and transforming Ghana’s entertainment scene, in a bid to create artistic products that can firmly compete on any global stage.

The scheme covers areas such as sports, music, film, fashion, photography, media, comedy, among others.

It is powered by Citi FM and Citi TV, and sponsored by Good Day Energy Drink.