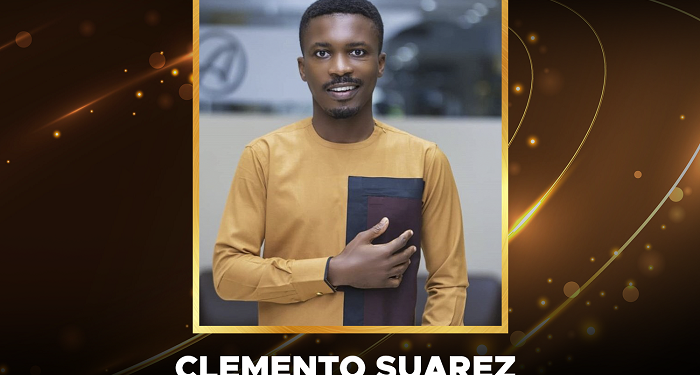 Clemento Suarez has won the Comic Actor of the Year award at the maiden edition of the Entertainment Achievement Awards (EAA) held virtually on Saturday, March 27, 2021.

Clemento Suarez is a stage actor who for the past decade has endeared himself with entertainment through his stage plays and social media skits.

His unbridled sense of humour, especially in 2020, placed him ahead of his colleagues in the same field.

Clemento, in the year under review, got a lot of exposure after his ‘ABCD Coranavirus’ video went viral.

Videos of him mimicking Jerry John Rawlings, McJordan Amartey and other personalities really made him the toast of entertainment lovers.

He performed at comedy shows including the Night of Laughs. He is also a regular feature on a comedy series called ‘The Boardroom’.

The Entertainment Achievement Awards was to celebrate entertainers and entertainment industry players who have distinguished themselves in the practice of their art during the 2020 eligibility year.

The scheme covered areas such as sports, music, film, fashion, photography, media, comedy, among others.

The hosts for the event were Citi FM/TV’s AJ Sarpong and Kwaku David.

It was powered by Citi FM, Citi TV, and sponsored by Good Day Energy Drink.

The event was also live on eTV, DGN TV and on all Citi TV portals.