From bitcoin to altcoins: What are the differences? 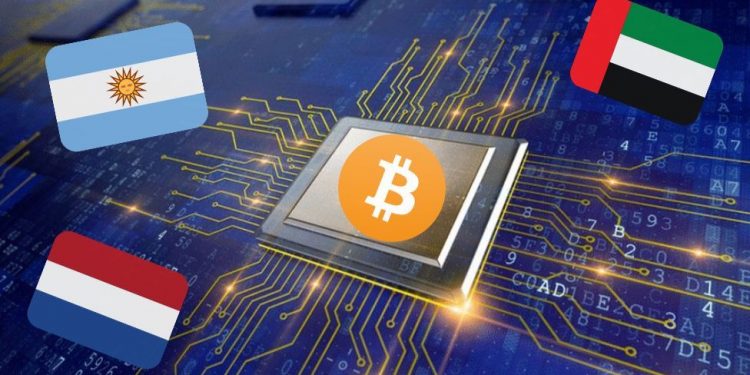 Although Bitcoin has been the king of the cryptocurrency market for a very long period now, new cryptos are shaking the market with their uniqueness and innovative versions. Due to the competition from the other altcoins in the market, Bitcoin is also evolving itself, giving a healthy competition.

Bitcoin is referred to as the king of the cryptocurrency market as it has been the founder currency of the digital currency industry. Even after more than a decade being passed to introducing this cryptocurrency, it is still the high-priced out of all of them. Bitcoin is based on Blockchain technology. And as blockchain technology has evolved, the number of Bitcoins has also increased in the market due to generated of newer Bitcoins.

The emerging cryptocurrencies are known as “altcoins”. These altcoins are decentralized, similar to the concept of Bitcoin providing additional features that are unique in nature and as per the market requirements. The next admired cryptocurrency after Bitcoin is Ethereum; this is based upon smart contracts, i.e. which deals in the automatic execution of agreements between the users based upon the technology of Blockchain. The introduction of these new features has widened the applications of cryptocurrencies.

The uniqueness of the altcoins has led to faster transactions, improved functionality and smoother carrying out of processes than Bitcoins. This has led to the expansion of the services that are provided by cryptocurrencies. It can be anticipated that the expanding market of altcoins can lead end the market demand for Bitcoin. This can be proved wrong only if Bitcoin can keep itself updated upto the level of new currencies.

The main reason to introduce Bitcoin was to replace the fiat currencies that are centralized by a digital currency that is decentralized and similar across the globe. It could be easy to carry out transactions using Bitcoin and for peer-to-peer uses and bring all the transaction over a network on a chain. The transactions on this network are comprised of batches that are known as Blocks. Using Bitcoin as a payment mechanism is still not a feasible method as compared to the digital payment modes like using credit cards. The mining process of Bitcoin is also a very expensive one and too intense for a beginner to understand.

The altcoins emerging in the market are less costly than Bitcoins and less complex to be mined. The numbers of transactions that can be processed using Altcoins are way more than that over Bitcoin. They are even bringing up new applications that will directly process the transactions over the parties through Blockchain. If you want to make big profits with bitcoin, you must use the Bitcoin News Trader Login.

There are various altcoins that are designed to accomplish the specific requirements of a customer base. For example, the cryptocurrency Ripple was introduced to carry out centralized transactions of cross-border nature among the financial institutions; other institutions are large corporate houses. The other cryptocurrency, Dash, facilitates the users to complete the processing of a transaction withinone second time. This also provides advanced security as compared to other altcoins. The ecosystem provided by Dash is very easy for the users to handle in order to administer their funds.

Looking at the current state of Bitcoin, it can be analyzed that Bitcoin cannot compete with the uniqueness of these altcoins. The creator of Bitcoin might not have envisioned the various applications that could be made of Bitcoins. Due to this imbalance of unable to meet the features of altcoins, it has been anticipated by the industry veterans that the era of Bitcoin is about to end.

Although, the user base of Bitcoin is still very large, and the developers in the market have a substantial interest in it. It is being updated so as to compete with the new altcoins emerging in the market. It can be concluded through the above that Bitcoin is capable of being the digital currency required by the latest markets, and it is only going to get better with time. However, in this era, everything can be revolutionized and decentralized if worked upon as nothing is inevitable. But the creator of this process will always be Bitcoin.

What is bitcoin, and why ar people investing in it?