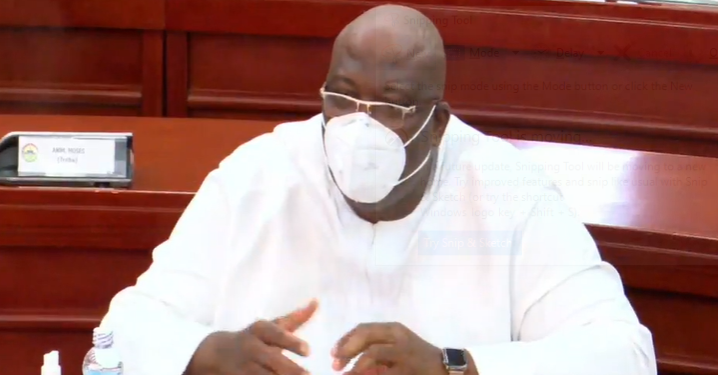 The Greater Accra Regional Minister, Mr. Henry Quartey, has set out to tackle the issues that have become a drawback to the region’s development.

A beginning intervention, he said, was to ease the traffic congestion at some locations, particularly at the Madina Zongo Junction, by getting pedestrians to use the footbridges provided while commercial vehicles which contribute largely to the situation are moved away from the trouble spots.

This initial action is part of an audacious plan which the minister has named, “Make Accra work” project, by which he seeks to address the myriad of challenges the region was facing.

Addressing editors and journalists at his residence in his first media encounter since assuming office, Mr Quartey explained that under his leadership, the Regional Coordinating Council (RCC) would strive to provide lasting solutions to developmental challenges in the region and ensure its swift transformation into a national capital of repute.

He admitted that sanitation was a real difficulty for the region, particularly Accra, and that he was going to launch an “Operation Clean Your Frontage,” this year, which would require every institution in the region to spend an hour a day to clean their environs before work began.

He said shop owners and traders would be obligated to clean their work areas at the beginning and end of each working day.

Mr. Quartey said the problem with waste in the region was because households, institutions, and individuals dumped their refuse indiscriminately, contaminating the environment in the process.

He said the activities of scrap dealers who operated along roadsides and drainages as well as the absence of toilets in many homes were also contributory factors to the worsening sanitation situation in the Greater Accra Region.

The Greater Accra Regional Minister also said he would be made to put an end to trading along major streets in Accra as the activity occasioned a lot of filth and cited the Graphic Road as a noted example.

Mr. Quartey observed that some principal streets and lorry stations in Accra had been turned into markets while commercial drivers had also turned streets into mini-transport stations drawing large crowds that spilled onto the streets and blocked traffic.

He said he was going to engage with the appropriate authorities to control the situation for the free flow of traffic in the city.

While admitting that the situation at hand was arduous, Mr. Quartey said with the support and commitment of all who were willing to do the right thing, it was doable.

“We intend to get all the metropolitan, municipal, and district assemblies to enforce their bye-laws and hopefully get people to do the right thing.

“We are not going to embark on a Rambo-style or ‘abaa eii’ kind of check, but we will go out and enforce the laws and will need the support and cooperation of all,” he said.

He urged the media to lend its support to the “Make Accra work” project and also help to educate the public on the need to comply with the laws of the local assemblies.

“Let me conclude by saying this is a call to action and action is indeed now. Action to make Accra work, to be clean, devoid of filth, and with a healthy and disciplined people.

“The challenge is huge but with the support and cooperation of all, we can do it,” Mr. Quartey stressed.