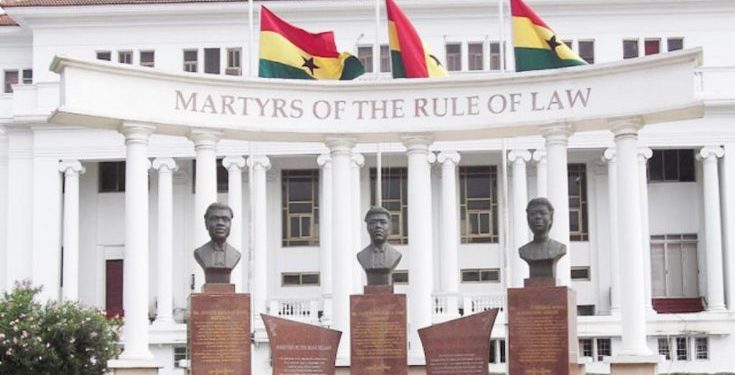 A lecturer has filed a suit urging the Supreme Court to declare that man was created by God and not through the evolution theory propounded by scientists.

The evolution theory explains that man evolved from apes.

Sir Johnson Anane, an Assistant lecturer at the Sunyani Technical University, argues that the evolution theory is an affront to the Christian faith, reports Emmanuel Ebo Hawkson for The Mirror newspaper.

He is also raising issues with the position of science that the earth is a planet in the solar system, and that the earth’s movement around the sun results in days, nights, years and seasons.

According to him, days, nights, years and seasons were created by God and do not come about as a result of any movement of the earth.
The plaintiff argues that the evolution theory and the solar system theory were against the Bible which said God created the earth.

“The implications of the theories are that the creative work of God as stated in Genesis has been cancelled, denied or nullified,” he stated in his writ.

Apart from urging the highest court of the land to uphold his claims, Sir Anane also wants the court to ban the study of the evolution theory and the solar system in the country.

“These theories are taught in schools (Primary, JHS and SHS) and need to be banned or abolished,” he said.

The suit is against the Director General of the Ghana Education Service, the President of the Ghana Science Association of Ghana and the Attorney-General Department.

Meanwhile, the A-G has urged the court to dismiss the suit, describing it as without merit and an abuse of the court’s process.

“The motion is incompetent and does not properly invoke the court’s jurisdiction under Article 2(1) and (2) of the Constitution of Ghana, 1992 and does not also comply with Rules 45 and 46 of the Supreme Court Rules, 1996 C.I.16,” the A-G contended.

Sir Anane initially filed the case at the Kumasi High Court but the court struck it out on the basis that it had no jurisdiction to hear it.

The Presiding Judge, Justice Patricia Quansah, held that the court had no jurisdiction to hear the case because the plaintiff did not seek any personal rights which he wanted enforced by the court.

“I will have to strike out this matter not so much as the plaintiff’s claims not disclosing any reasonable cause of action but because properly so-called this court has no jurisdiction to deal with the matter,” the judge ruled.

The court, therefore, advised Sir Anane to take the case to the Supreme Court.