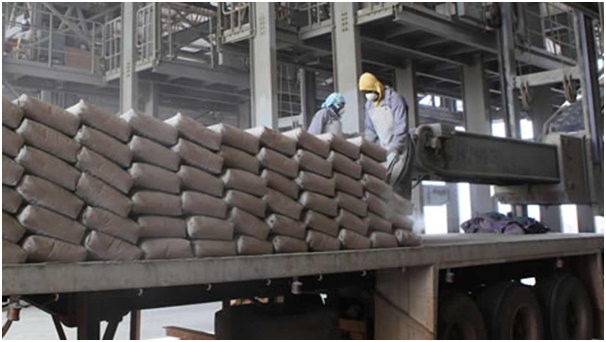 The cement Industry is arguably one of the largest contributors to the country’s GDP. For this reason, it is imperative for government/stakeholders to support the sector with policies and stringent measures put in place to safeguard it from collapse.

The industry however continues to grapple with high cost of production, unfair trade practices, low utilization rate of the cement product and unfair competition.

There is a general trend of the imported goods and all the manufactured products processed with imported raw materials go through.

As you may be aware, the freight rates have increased a lot since the second half of 2020, unfortunately, the same trend was observed at the beginning of the year 2021.

Clinker is the main component in the manufacturing process of cement, it represents about 80% of the composition, and all this material is imported with most of the cement manufacturers importing from faraway countries like the Middle East and Asia with additional cost of transport.

In addition to that, due to Oil price increase, clinker producers have reviewed their prices upwards to compensate the rise of their cost of production. The combination of these factors led to an increase of the clinker (CFR, Ghana) cost by almost 16$US per ton during the first quarter of 2021.

During this first year of the COVID crisis, due to the slowdown in the local economies worldwide, the financial resources reached the bottom, the circulation of money and cashflow went to their minimum levels due to the interruption of many businesses and the closure of factories.

As a consequence of this situation, the countries all around the world used their own stocks of grain, food, coal, cement, clinker, iron, steel, iron ore because they could not have the cash to run their businesses.

Now, with the softening of the COVID restrictions and with the comfort of having vaccines, most of the factories resumed operations, people started going out, shopping, travelling. Thus, the economies started recovering and generating funds. All the countries which have used almost all their stocks now reconstituting their reserves of grain, coal, Iron-ore, cement, clinker and food. China who almost consumed ‘’their war period stocks’’ is now restocking almost 200% more than their usual level. This situation led to an increase of about 150% in the cargoes transported by sea.

Between 2012 and 2018, a part of the shipping fleet went to scraps due to a very bad freight market and, since 2018, few new built vessels entered the market. This situation disbalanced the freight market and led to lacks in satisfying the cargo increase and demand for ships.

Countries started making big investments in alternative energy sources, which means more steel, cement, clinker, coal, iron, timber-logs, iron ore are needed for the projects. As a consequence, the demand for freight will increase. Finally, oil price increase also had a negative impact on the freight.

Though limestone reserves exist in Ghana, volumes are limited; hence the cement industry continues to rely largely on clinker imports. Furthermore, there is investments in capacity capped now compared to some years back, with new cement players continuously entering the market.

Local manufacturers keep arguing that the viability of opening up more new cement factories is not economically sustainable for competition but rather has the impetus to encourage certain manufacturers from compromising with quality.

Local manufacturers have therefore agitated for a ban on the issuance of permits to companies that want to set up new cement processing plants in the country.

Some expansion projects including: a Bagging plant in Tema by Dzata cement Ghana limited and a Manufacturing plant in Takoradi by Dangote Cement Ghana are also underway to add up to the existing capacity.

The ECOWAS Trade Liberalization which allows free movement of goods and people within the Region has compounded the unfair trade practices by some players who import cement from neighbouring countries enjoying ‘Export grant expansion scheme’ that offers subsidies to these importers giving them advantage.

It is imperative that the Ghana International Trade Commission Act 926 is allowed to work to protect local industries including cement industry are protected from unfair trade practices.

It is worthy to mention that, the African Continental Free Trade Area (AFCTA) has come to stay and although it provides benefits for the local market the aforementioned challenges of unfair trade practices and anti-damping should be checked with an eagle eye.

Government’s effort is a key factor in sustaining the cement industry and maintaining acceptable levels of prices despite the inflation and the depreciation which is a characteristic of the market. As example: the stevedoring licenses granted to the industrials are contributing to reduce the cost of imported raw materials. Unfortunately, the jetty project announced by GPHA recently will be disastrous for the cement industry in terms of costs and logistics management. Not less than 10$US per ton will be added to the cost of clinker (7-8$US per ton of cement or 2,3GHC/bag).

With the latest development in tackling the Covid-19 pandemic which has seen the softening of the COVID restrictions, availability of vaccines and most of the factories resumed operations and the economy haven started recovering and generating funds, it is the hope that Government revisit the cement industry by putting up stringent measures to safeguard the already existing ones from collapse.

The Chamber of Cement Manufacturers, Ghana was formally inaugurated on Monday 2nd July, 2018 in Accra to protect the interest of its members through collaboration backed by a constitution. Current membership/founding companies are: GHACEM Limited (Tema, Takoradi) Diamond Cement Group (Aflao, Buipe in the Northern Region and Takoradi) and CIMAF Ghana Limited (Tema).  The Chamber is currently under the chairmanship of Mr. Frederic Albrecht-Scott, the Managing Director, of CBI Ghana Limited, manufacturers of SUPACEM cement.

Media men caught up with Rev. Dr. George Dawson-Ahmoah, he is the current Executive Secretary who played an instrumental role for the cement industry to get a Legislative Instrument (LI 2240), enacted in Parliament in 2016 to regulate the importation of bagged cement from China and elsewhere to avoid incurring further injury to the local cement Industry.

Rev. Dr. Dawson-Ahmoah seized the opportunity to appeal to Government to as a matter of urgency enforce all policies earmarked to protect the cement industry from collapse.

“Government must work assiduously for the LI to be respected and implemented fairly and not politicized by revoking and banning licenses for importation of bagged cement by taken into consideration the huge surplus installed capacity as it’s being done in neighboring countries like Togo, Benin, Burkina Faso and Nigeria. It is also important to maintain and protect the already existing companies who have adequate installed capacity. In fact, to wake up and see new cement players still surfacing in the industry every day is disheartening and we see it as Anti-Ghanaian and has the obvious consequences of affecting employment, financial contributions to the economy, erosion of profit margins and very long return on investment”.

“We are optimistic that the local cement industry has adequate capacity to meet the demand with the various expansions projects by manufacturers that have been completed to guarantee the needed capacity in the country”.

We know the Covid-19 pandemic affected economies worldwide, financial resources reached the bottom but Ghana, we are optimistic can minimize the negative impact of this pandemic by revisiting the port dues, stevedoring, customs duties, electricity and the taxes (NHIL, GETFUND) which constitute more than 30% of the clinker cost. The Government is already supporting us through the benchmark value on the clinker; however, if we could have additional support on the above factors during this period of instability, the impact on cement price among other raw materials will be obviously positive.

The market is showing during this first quarter a good trend. The market was estimated in 2020 at 6.8 to 7 million tons, the best performance ever achieved, recording a growth of about 7% comparatively to 2019 which was a bad year for our industry (-2%).

However, due to the uncertainty around the COVID ending, our expectation for 2021 is mitigated, but it is likely that the same trend will continue at least for the first semester due to the ongoing projects initiated by the Government and to close the year with about 3-4% growth.

No shortage has been recorded. Some clinker vessels delayed entering TEMA port as a consequence of the faraway origin (Middle East, Asia) and due to the lack of vessels in the market, but without effect on the cement production.

Parliament approves GH¢2.1 billion on Ministry of Defence for 2021

Parliament approves GH¢2.1 billion on Ministry of Defence for 2021