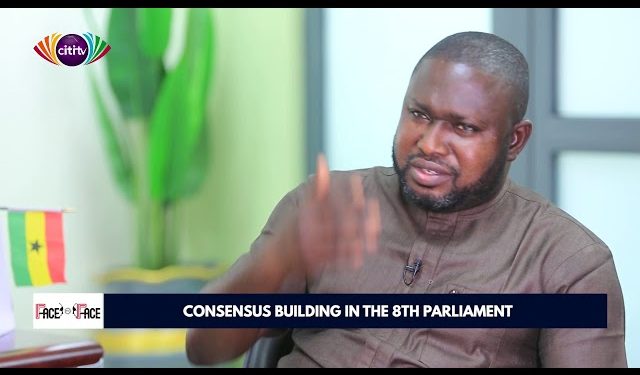 Deputy Majority Chief Whip, Alhaji Habib Iddrisu has criticized the Minority side in Parliament for voting against the approval of the government’s 2021 Budget Statement and Economic Policy.

He says, that the singular act of the caucus to deliberately reject the 2021 Budget aimed at improving the welfare of Ghanaians shows their fierce non-patriotism to the country.

The Tolon legislator believes that given the difficulties of the COVID-19 and the government’s effort to provide relief to the citizenry, the Minority MPs should have risen above partisan interest by voting in favour of the budget approval.

“We are in difficult times because of COVID-19 and this government needs to take drastic measures, so we survive. So what the Minority exhibited in parliament was just unpatriotic – to vote against a budget that will help people in your constituency, keep the nation going and to say the budget shouldn’t be approved is unheard of and uncalled-for and totally indescribable”, Habib Iddrisu said on Eyewitness News.

He further asked Ghanaians public sector workers to bear in mind that the National Democratic Congress (NDC) does not have their interests at heart given their unflinching resolve to kick against the budget.

“Ghanaians should know that the NDC cast to reject goods and services, other commodities and payments to workers in Ghana. That is what they intended to do. We had up until the 30th of this month if the budget is not approved, it means nobody will be able to spend from the government’s coffers, and then you say you are rejecting the budget? In essence, it didn’t make sense”, he added.

Parliament on Friday approved the 2021 budget following the Minority’s earlier disapproval of the outcome of the voice vote.

After the voting, 137 MPs were in favour of approving the budget as against 134 MPs voting against the budget.

Meanwhile, the Minority has attributed its inability to reject the approval of the 2021 judgement to the ill health of some of its members.

Former deputy Power Minister and MP for Yapei-Kusawgu, John Jinapor said the members of the minority side of the house lack the numbers as at the time of voting in the House since some of them were receiving treatment at the hospital.

He said they cannot be blamed for the loss.

“All of us present were whipped in line and that is why the Chief Whip ensured that everyone present voted in accordance with our position. Some of our people were in the hospital. Everyone presented voted in line. We lost three votes because two are in hospitals. We tried bringing them, but there was no way you could bring them.”, he said.