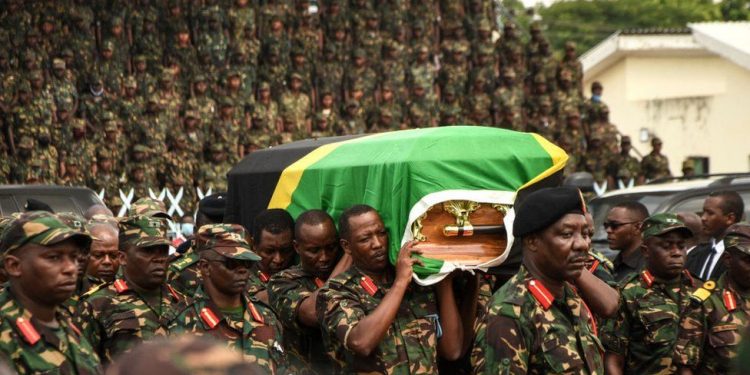 His successor Samia Suluhu Hassan led the procession, with the coffin draped in the national flag taken to the Uhuru Stadium to lie in state

Opposition politicians say that Magufuli, 61, had contracted COVID-19, but this has not been confirmed.

He was a COVID-19 sceptic who at times denied the virus affected Tanzania.

Magufuli was the son of a peasant farmer and went on to become Tanzania’s president in 2015.

Some residents wept and threw flowers on the coffin which was pulled by a military vehicle on Saturday.

President Samia, who was sworn into office on Friday, led the government procession in which many wore black or green and yellow to represent the colours of the ruling party.

She is Africa’s only current female national leader – the Ethiopian presidency is a largely ceremonial role – and joins a shortlist of women on the continent to have run their countries. 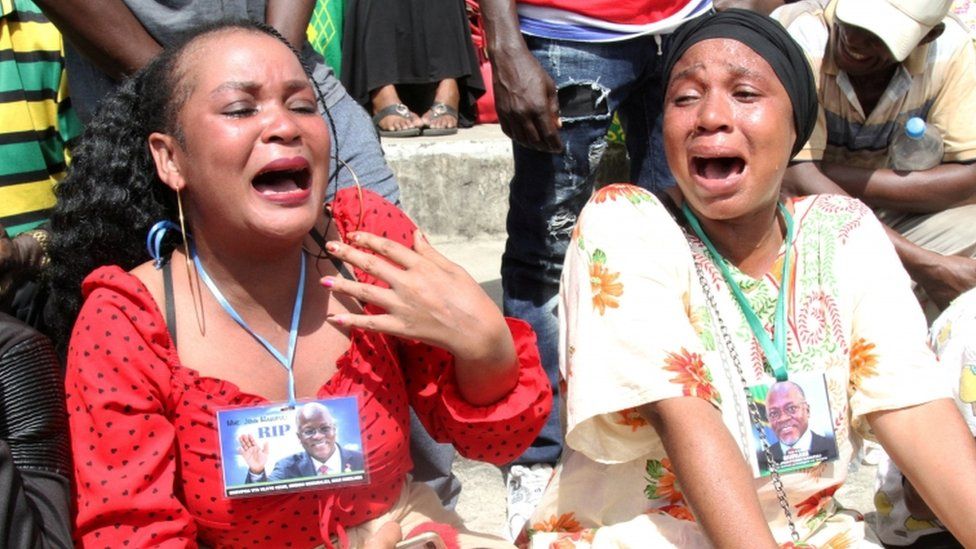 The government announced on Wednesday that Magufuli had died from a heart condition after he had been missing from the public for several weeks.

His position on coronavirus ranged from stating it did not exist in Tanzania to saying the country had beaten the pandemic through prayer. 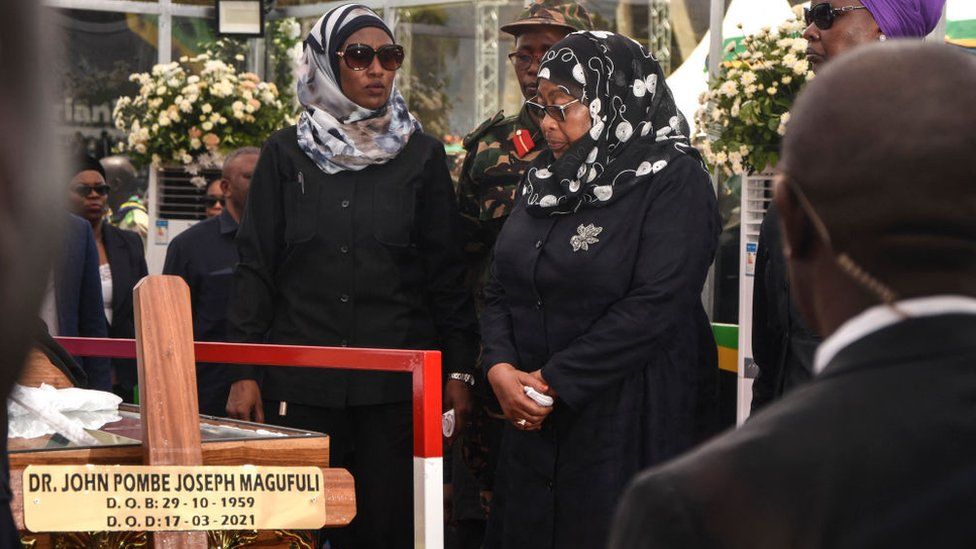 But in February, after a number of senior politicians died from the virus, he conceded it was circulating in Tanzania.

Known as the “bulldozer”, before the pandemic Magufuli was praised for his no-nonsense approach and hailed for his anti-corruption stance and his distinct dislike for wasting money.

On Friday President Samia spoke of the “heavy load” on her shoulders and urged for the “burying of differences” and unity during the mourning period.