NUGS, other groups unhappy with School of Law over SRC president’s resignation 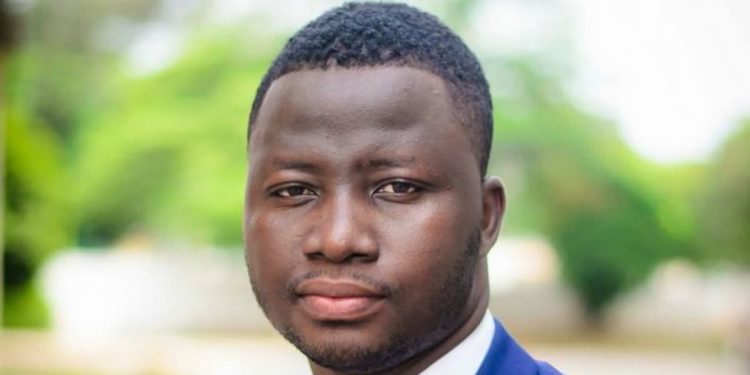 The National Union of Ghana Students (NUGS) is disappointed at the Ghana School of Law over its handling of matters leading to the coerced resignation of Philemon Laar, President of the Students’ Representative Council (SRC).

NUGS in a statement to show solidarity said the recent happenings between the School and Mr. Laar are not only distasteful and repugnant but also an affront to student governance.

“Such illegal directive and action by the management of the school are contrary to standard practice at all levels of students’ governance. The unfortunate action amounts to an abuse of power by management to suppress the will of students. The vindictive approach of management is a grand scheme to frustrate and subvert the activities of students”, NUGS fumed.

Philemon Laar vacated his position earlier this week, attributing his resignation to the school management’s withdrawal of its recognition of his Presidency, with further threats to withhold funding support to the SRC should he remain at the post.

This was after the school authorities wrote to the SRC to replace Mr. Laar after he failed the Professional Law Course Exam Part 1 notwithstanding that, Mr. Laar’s application for a remarking of the exams was still pending.

In a letter to announce his resignation to the SRC, Mr. Laar said he disagreed with the management’s decision hence his move to resign with immediate effect.

The National Association of Law Students (NALS) has also joined in to condemn the development and called on well-meaning Ghanaians and the international community to register their displeasure.

“NALS has taken notice with profound regret and utter disappointment at the governance situation at the Ghana School of Law, in particular, the interference by the management, hounding out the school’s SRC President”, the group noted in a separate release.

On its part, the Economic League Fighters said what the decision management of the school took was completely despotic and unintelligible.

“The Students Command of the Economic Fighters League condemns this unlawful, targeted and vindictive move by the Ghana School of Law. This is unacceptable and unpardonable. The action of the management is unlawful as it breaches the rules of natural justice. It is undemocratic, it leaves an indelible dent in their reputation as an educational institution and weakens the independence of the SRC.” 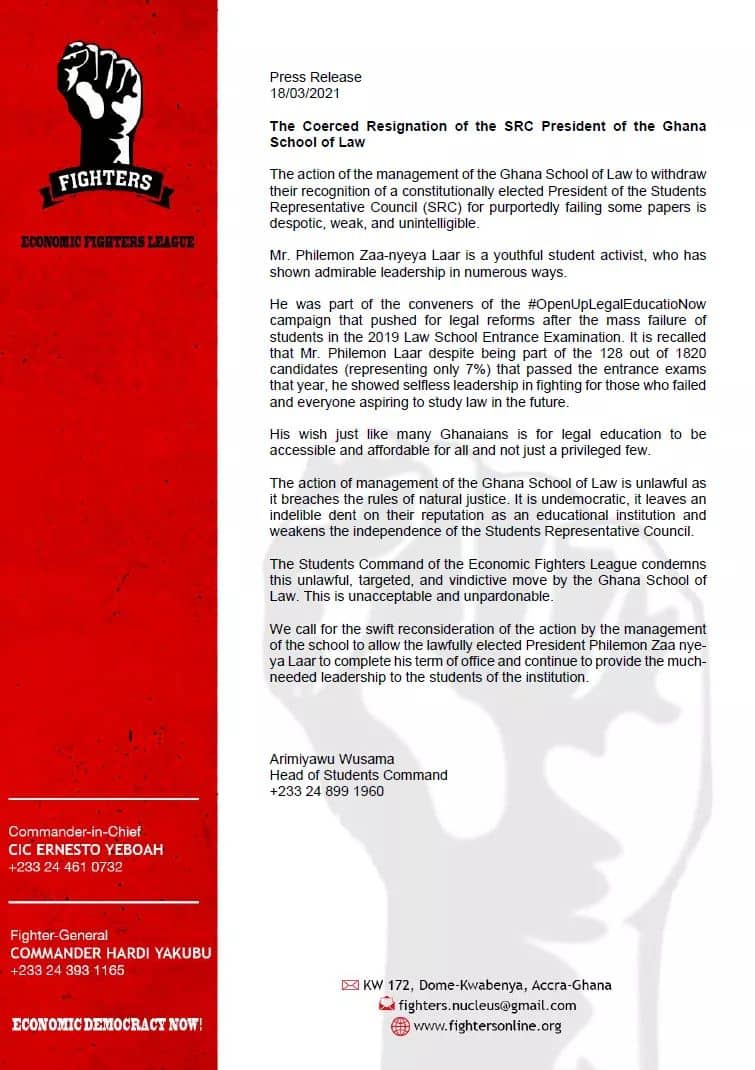