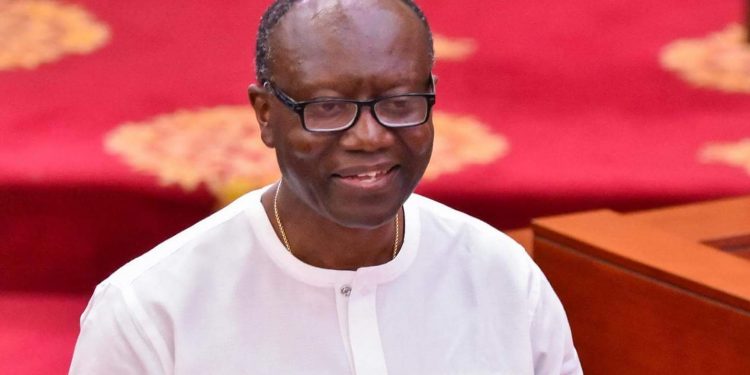 Parliament will later today deliberate on the fourth report of the Appointments Committee regarding the nomination of Finance Minister-designate, Ken Ofori-Atta.

According to Citi News sources, the Committee has recommended his approval by consensus.

Mr. Ofori-Atta was vetted last week over a two-day period.

He is the only nominee left on the list of ministers President Akufo-Addo presented to Parliament on January 21, 2021, for vetting.

Mr. Ofori-Atta had to travel to the US to seek further medical care, following complications after recovering from COVID-19.

This compelled the committee to postpone his vetting which was originally scheduled for March 8, 2021, indefinitely.

What was Mr. Ofori-Atta questioned on?

Mr. Ofori-Atta was questioned on a variety of issues ranging from the current debt stock to the Agyapa deal.

During the vetting, the nominee expressed his displeasure with former Special Prosecutor Martin Amidu for releasing his corruption risk assessment to the public without recourse to a response from the government.

According to him, Mr. Amidu did the nation a “disservice” with his action.

“For such a report to be put out in the public [domain] without us or myself as Minister of Finance having a chance to discuss it, is a disservice to our democracy”.

He also said his outfit’s delay in providing the Public Interest and Accountability Committee (PIAC) with data on how the government expended the Annual Budget Funding Amount (ABFA) is not tantamount to corruption.

“This is because the Ministry’s persistent failure (fourth time) to provide half-year data on ABFA utilisation is not only adversely affecting the work of the Committee, but also eroding gains in the fight for transparency and accountability in the management and use of Ghana’s petroleum revenues for the benefit of citizens,” PIAC captured in the report.

Achimota School vs dreadlocked students row; the story so far