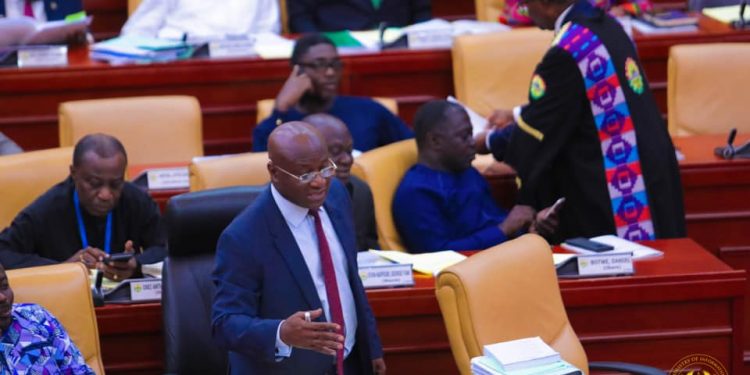 The Majority side in Parliament wants the Speaker, Alban Bagbin to reconsider his earlier ruling on the planned inquiry into the dissolution of uniBank and UT Bank.

Prince Kofi Amoabeng and Dr. Kwabena Duffuor on March 19, 2021, petitioned Parliament to investigate the conduct of the Bank of Ghana and the Ghana Stock Exchange following the revocation of the license of their respective financial institutions.

The Speaker of Parliament subsequently tasked a yet-to-be constituted seven-member committee to investigate the matter.

Osei Kyei-Mensah-Bonsu who is opposed to the committee’s work said it could have dire consequences on the adjudication of the two cases currently before the country’s apex court.

Speaking to Citi News, the Suame MP said any insistence of a parliamentary inquiry will smack of interference in the work of the judiciary.

“But assuming we even had [the authority], and we determine that the Bank of Ghana should restore the licences to the two banks and the court having heard the matter decided that the Bank of Ghana was right, what do we do? Are we not setting Parliament up for a collision course with the court? This is why I told the Speaker that I thought it was wrong for him to do what he was doing”, the Majority Leader added.

He has however told Citi News his side has settled on the list of four MPs to be part of the Committee.

The Minority is also supposed to present the names of three members for the committee.