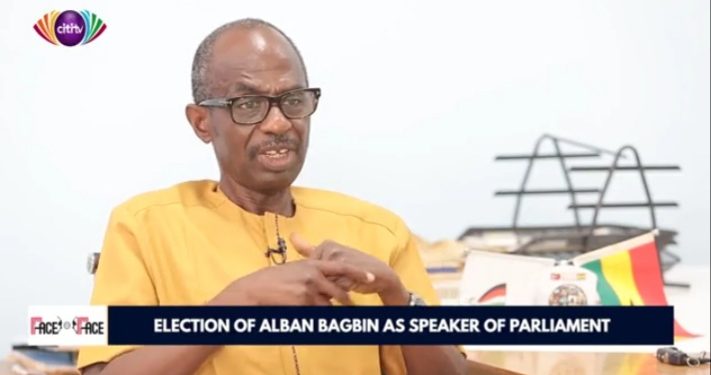 General Secretary of the opposition National Democratic Congress (NDC), Johnson Aseidu Nketiah has opened up on the Supreme Court’s verdict of the 2020 Election Petition filed by the party’s flagbearer following his loss in the polls.

Mr. Nketiah who was the first witness for John Dramani Mahama, the petitioner and party’s presidential candidate in the disputed election strongly insists, there is enough cause to believe that the apex court’s hearing of the case was an intended mistrial.

On Citi TV’s Face to Face show on Tuesday, March 30, 2021, the NDC scribe told host, Umaru Sanda Amadu that the seven-member panel’s handling of the petition was not only a travesty of justice but also fell short of the expectations of followers of the daily court proceedings.

“I didn’t have confidence that the court will deliver anything better than what it did. Personally, I didn’t have that confidence and I have been proven right. The way the court went about this case; everybody knew that it was a mistrial. There was no trial in there.”

“The trial was not fair. What happened at the Supreme Court was a mistrial. Everything that happened there was a mistrial. One of the civil right leaders said that when two people always agree, then one is a liar. Seven people agreed all the time, so what is the meaning? I believe the majority of Ghanaians agree with me on this one that it was a complete mistrial”, he added.

For the NDC’s General Secretary, what is more dangerous is the slur of the court’s processes and final verdict on the country’s democracy, accountability of public officials as well as future elections.

“It was a missed opportunity to get duty bearers to account for their leadership, and it was something that has drawn our democracy backwards and I guess that if we are not careful, the next election will be worse”, he said.

Further, passing comments on concerns over the failure of John Dramani Mahama to call President Nana Akufo-Addo to concede defeat, Mr. Nketiah said, although he cannot explain why; the reason could be that “he [Mahama] also thinks that there was a mistral”.

The NDC led by John Mahama was in Court to among other things have the Electoral Commission’s announcement of President Nana Akufo-Addo as winner of the polls declared unconstitutional, null and void.

But three months after the trial commenced, the Supreme Court, on Thursday, March 4, 2021, ruled that the petition as filed by John Mahama was without merit.

The New Patriotic Party (NPP) and President Akufo-Addo have both expressed satisfaction about the ruling.

However, Mr. Mahama has said although the court’s decision is binding on him, he disagrees with the judgement.

Covid-19: Germany limits use of AstraZeneca Covid jab for under-60s