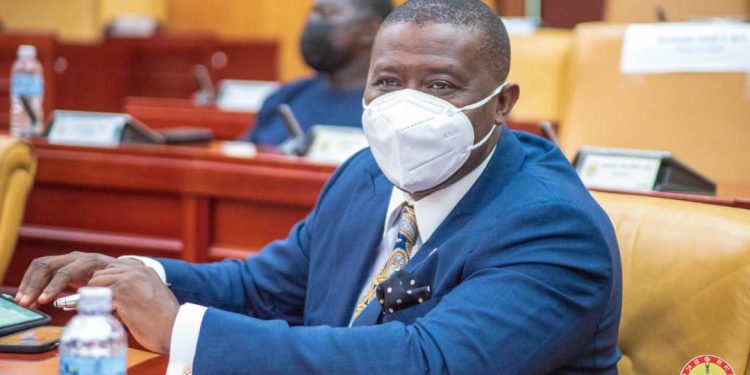 The Member of Parliament for Okaikoi Central, Patrick Boamoah says the petition before Parliament on the collapse of uniBank and UT Bank will achieve no result as the house has no power to intervene in the issue.

Speaking on Eyewitness News, he said Parliament per its standing orders is unable to take action on matters that are pending before courts of competent jurisdiction and so it is surprising that the Member of Parliament for Bawku Central, Mahama Ayariga would lead that charge for the petition to be admitted and push for Parliament to take action on it.

“You are asking Parliament to look into this petition without capacity,” Patrick Boamah remarked.

He explained that “the matter is sub judice and if you look at our rules, it is clear that any mater that is before a court of competent jurisdiction, Parliament cannot look into that matter.”

Parliament on Tuesday, March 23, 2021, agreed to proposals for the formation of a seven-member committee to probe the issues in a petition brought before the house by two majority shareholders in banks that were affected by the financial sector clean-up.

The Speaker had made the proposal after the petitions were officially presented on the floor by MP for Bawku Central, Mahama Ayariga on Tuesday, March 23, 2021.

Two citizens, Prince Kofi Amoabeng and Dr. Kwabena Duffuor petitioned Parliament to investigate the conduct of the Bank of Ghana and the Ghana Stock Exchange for revoking the license of UT Bank as well as uniBank and delisting them from the country’s stock exchange.

But according to Patrick Boamah, the most appropriate step to take in regard to the collapse of the bank is to go to court which the two petitioners have already done and so the petition before Parliament is unnecessary and of no effect, because Parliament ultimately cannot reverse the decision to revoke the licenses of the two banks.

“If [Mahama] Ayariga is coming through the backdoor with a petition, the question is, what is he seeking to gain? I think he is just wasting my uncle and senior brother’s [Duffour and Kofi Amoabeng] time because if the committee is set up and the report is produced, will the house have the capacity to reverse the revocation or to endorse the decision of the Central Bank? We don’t [have that power],” he said.