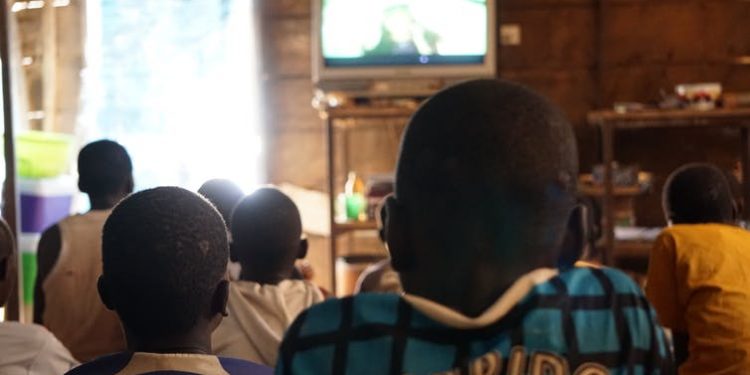 Over the past ten years, Indian television series have become a feature in many households across Ghana as they’ve become available on cable and satellite channels.

Indian television series, including romantic dramas (such as Til the End of Time) and historical dramas (such as Razia Sultan), have gained popularity. One show loosely based on Jane Austen’s classic novel Sense and Sensibility called Kumkum Bhagya has even been dubbed in Twi, an Akan language spoken in southern and central Ghana. Based on the success of the show, the stars of Kumkum Bhagya travelled to Ghana for a tour in 2017.

The history of Indian media in Ghana – the subject of my PhD thesis as well as a recent academic paper – extends back to the mid-1950s. At that time, Sindhi and Lebanese film distributors and cinema owners circulated Hindi films throughout the country, screened in cinema halls in most major urban centres.

The films were popular among all Ghanaians during the postcolonial period. In the intervening decades they have remained popular within Ghana’s majority Muslim communities. These include majority Muslim cities in the north, such as Tamale. It also includes zongos, neighbourhoods that tend to be majority Muslim communities found in nearly every urban setting. Zongos developed as settlements of foreign traders. Each has its own complex history of colonial segregation, with many zongos dating back to the late 1800s and early 1900s.

The popularity of Hindi films in zongo communities came through vividly in an interview I conducted with one of Ghana’s former cinema owners. They recalled that at one point during the 1960s, Kumasi’s Rex Cinema, located near a zongo neighbourhood, played the Hindi film Albela (1951) every Friday night for a year, selling out its 2,000-seat capacity each week.

The postcolonial circulation of Hindi films in Ghana reveals the early cosmopolitan engagement that Ghanaian viewers had with South Asian popular media during the time of independence in both countries. In cities like Tamale, the popularity of Hindi films has continued to grow over time.

The case of Tamale

In Tamale – where I conducted two years of ethnographic research – I found that older Hindi films spanning the postcolonial period are still viewed by residents in their homes and in neighbourhood video centres. Popular films include Albela (1951), Love in Tokyo (1966), Noorie (1979) and Andha Kanoon (1983).

But my research showed that the circulation of Indian films in Tamale was not indiscriminate. India’s most well-known film export – Bollywood – has had little success in the city. Older Dagbamba viewers were unimpressed by the Bollywood films that entered Tamale’s market in the mid 1990s. Many expressed concern about the cultural and moral shifts. Of particular concern was the perceived Americanisation of the films.

The older films have remained popular in Tamale for several reasons.

One is their melodramatic form. This includes a clear moral universe that reaffirms the importance of community and extended intergenerational families over individuality and consumption.

There’s also a clear delineation between ‘evil’ and ‘good’, ‘individuality’ and ‘community’, and ‘moral’ and ‘immoral’ practices. This might explain why Tamale’s older generations encourage young people to watch the films in their homes today.

The ‘Alarikah family’ – a community that developed out of an Indian film song radio show at Justice FM in Tamale – has gone as far as to screen Hindi films at Chief palaces in the city, as a way to “save youth from immoral behaviour”.

Tamale’s Muslim viewers also note depictions of Muslim life in certain Hindi films. This is because many Hindi films circulating in Tamale feature modest costumes, as well as recognisable architecture including mosques.

Synergies between films and series

In Tamale, recent Indian television series are a welcome addition to the continued circulation of older Hindi films in the city. My research showed that Dagbamba viewers accustomed to older Hindi films found similarities between new Indian television series and older films. These included the use of certain modest Indian fashions (including sarees and kameez) in series that parallel costumery in postcolonial Hindi films.

Tamale viewers also found parallels between religious aspects of certain Indian television series and elements of their Muslim faith, akin to earlier patterns of Hindi film viewership in the city.

Read more:
How grassroots video is building a film industry in Zimbabwe

For over 70 years, Hindi films and film songs, and more recently Indian television series, have circulated in Ghana. With this in mind, seemingly “new” trends – such as the arrival of Kumkum Bhagya‘s cast in Ghana in 2017 – are part of a much broader, extended history of Indian media circulation in the country.