Yofi Grant appointed onto board of OACPS’ endowment and trust fund 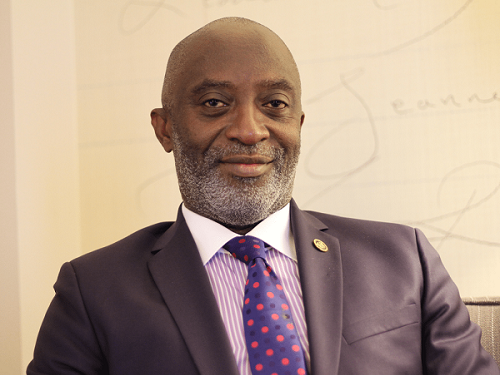 The Chief Executive Officer of the Ghana Investment Promotion Centre (GIPC), Reginald Yofi Grant has been appointed and approved as a board member of the Organisation of African, Caribbean and Pacific States, OACPS’ Endowment and Trust Fund (ETF).

This was announced by the Secretariat of the OACPS in a letter dated March 25, 2021, to missions, embassies or member-countries.

Mr. Yofi Grant, who is among the 8 board members announced, will be the independent external representative of OACPS’ West Africa region.

His appointment was announced in 2020 but was approved much later.

According to Ghana’s Embassy in Brussels, “the appointment was confirmed at the 929th meeting of the Committee of Ambassadors (COA) of the Organisation of African, Caribbean and Pacific States (OACPS) held in Brussels on 23rd June 2020.”

He is expected to serve a 2-year mandate.

Yofi Grant, an investment banker with vast experience is expected, through his new role to help member-states to become financially independent.

The OACPS is made up of seventy-nine (79) member countries from Africa, the Caribbean and the Pacific.

There are forty-eight (48) countries from Sub-Saharan Africa, sixteen (16) from the Caribbean and fifteen (15) from the Pacific.

Ghana has been an active member of the OACPS since its formation in 1975 and committed an amount of 100,000 Euros to the fund in response to an appeal after its launch in December 2019 in Kenya. 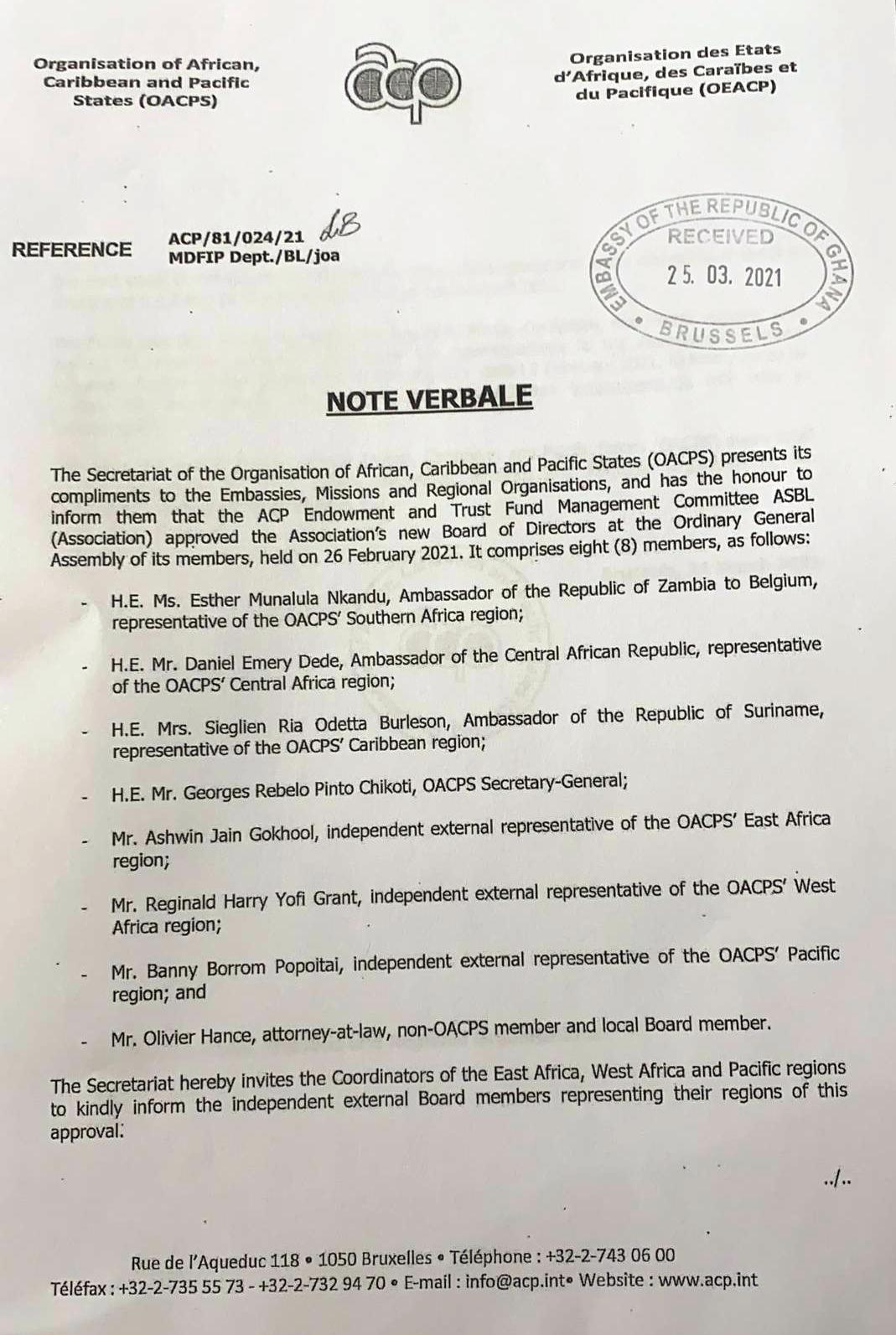 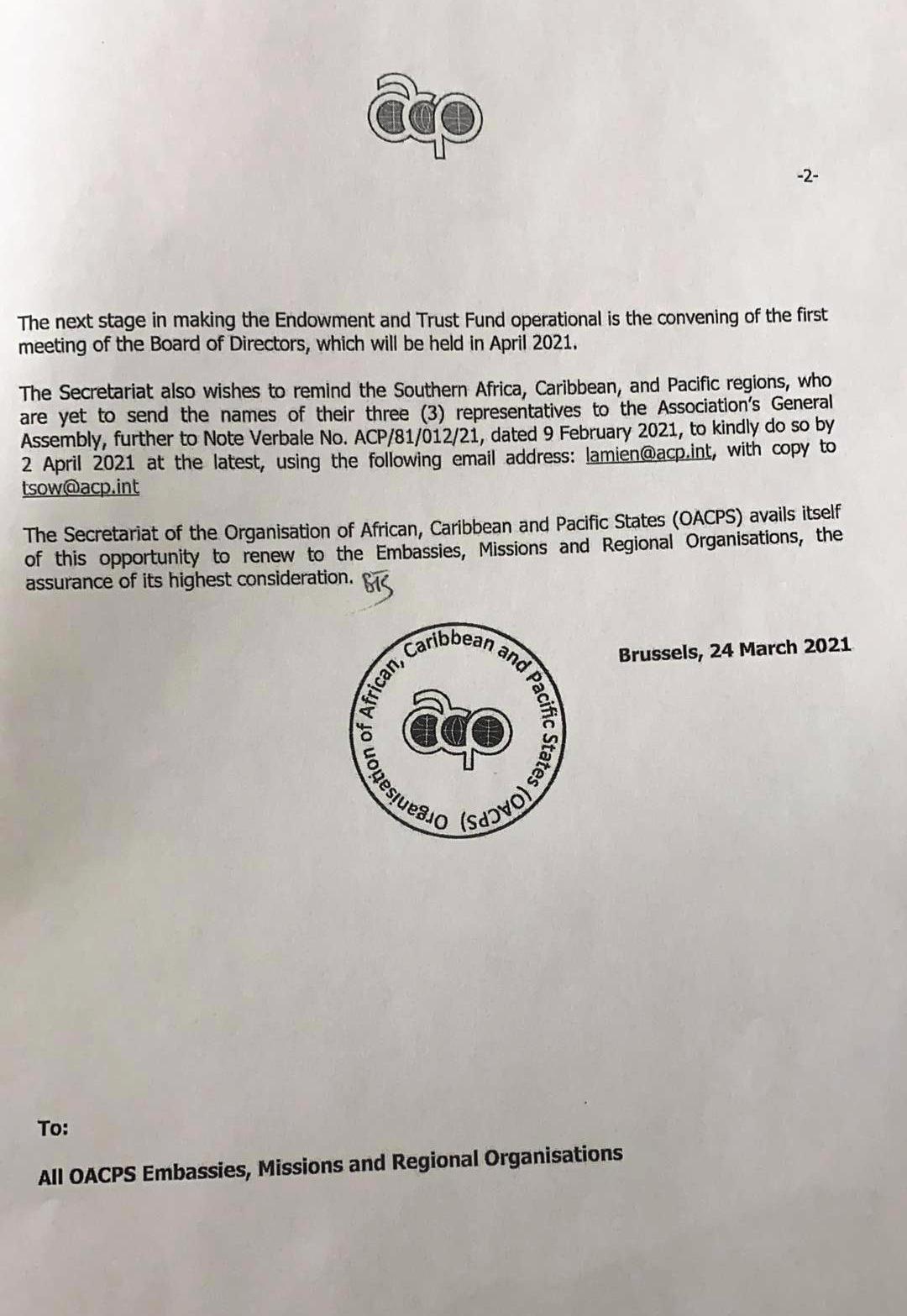 Yofi Grant is a Ghanaian investment banker with over 30 years of extensive work experience in banking and finance. He has served in various capacities in corporate finance and advisory, corporate banking and marketing.

He has broad knowledge and great exposure in the African financial markets and has cultivated strong relationships with international private equity funds, portfolio and investment managers and brokerage funds.

He was appointed the CEO of GIPC in 2017 by President Nana Akufo-Addo.

Yofi is a council member of the Continental Business Network of the African Union which advises African governments on private sector finance and infrastructure. He has served in many directorship roles in both public and private sector.

In 2009, he served as the Executive Director for Business Development for the entire Databank Group.

Mr. Grant was a consultant on finance and business for the Africa Asia Business Forum (AABF) organized by the UNDP which run workshops in 12 African countries and six Asian countries in 2002. Additionally, he has been in senior advisory roles and led many of the groundbreaking transactions in the Ghanaian and other African capital markets.

The OACPS’ Endowment and Trust Fund (ETF) was formally launched at the 9th Summit of the Heads of State and Government of the OACPS, in Nairobi, Kenya, in December 2019, to assist the OACPS to become financially independent by diversifying its funding sources beyond the assessed contributions of Member States.

GIJ to host webinar on media’s performance during 2020 elections

GIJ to host webinar on media's performance during 2020 elections