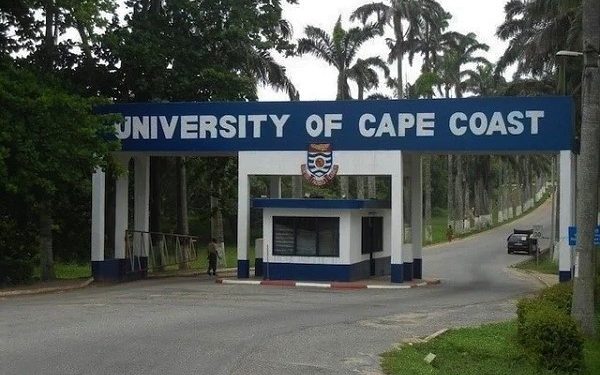 A 19-year-old level 100 student of the University of Cape Coast (UCC), Priscilla Owusu Achiaa has been killed by a speeding vehicle at Ayensudo in the Central Region near the school’s satellite campus.

The student was in the company of her friends to buy some food items when the sprinter bus which was overtaking another car knocked her down.

She died on Tuesday while receiving treatment at the hospital.

The Public Affairs Director of UCC, Major Retired Kofi Baah-Bentum has been narrating the incident to Citi News.

“The 19-year-old lady, Priscilla Owusu Achiaa, and two of her friends went to get food at a nearby village called Ayensudo when a sprinter that was trying to overtake another vehicle in front of it ran into them and Priscilla was hurt and taken to the hospital on Saturday afternoon and all attempts to save her life failed as she gave up the ghost on Tuesday, April 13, 2021. And as I stated, her parents were informed, and they came to the school and have had conversations with management. Management also expressed their condolences to the Family.”

Major Baah-Bentum also stated that the Elmina Police is currently handling the case involving the accident.

“The Elmina Police is handling the case and investigations are ongoing as we speak.” 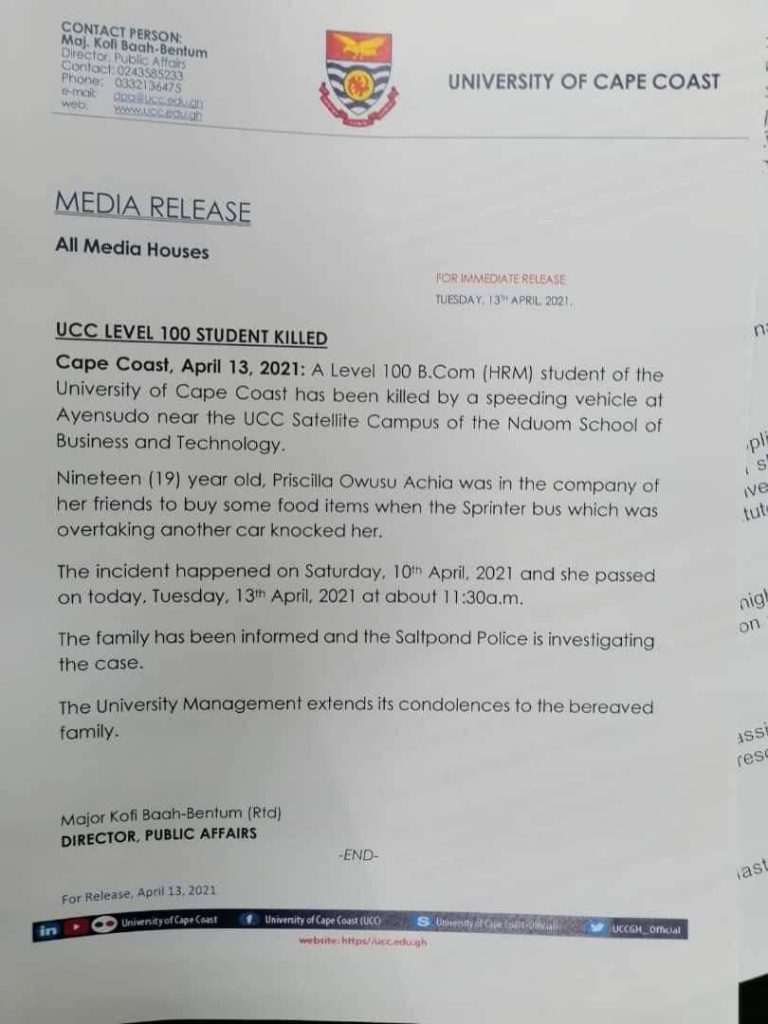