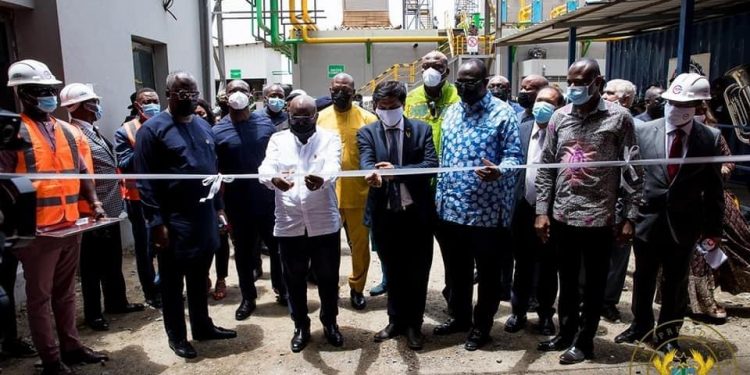 According to President Akufo-Addo, “this plant is a concrete manifestation that the new paradigm of economic development, which this administration has been vigorously pursuing since 2017, of insisting on value-addition industrial activities within a conducive and business-friendly environment, is making headway.” 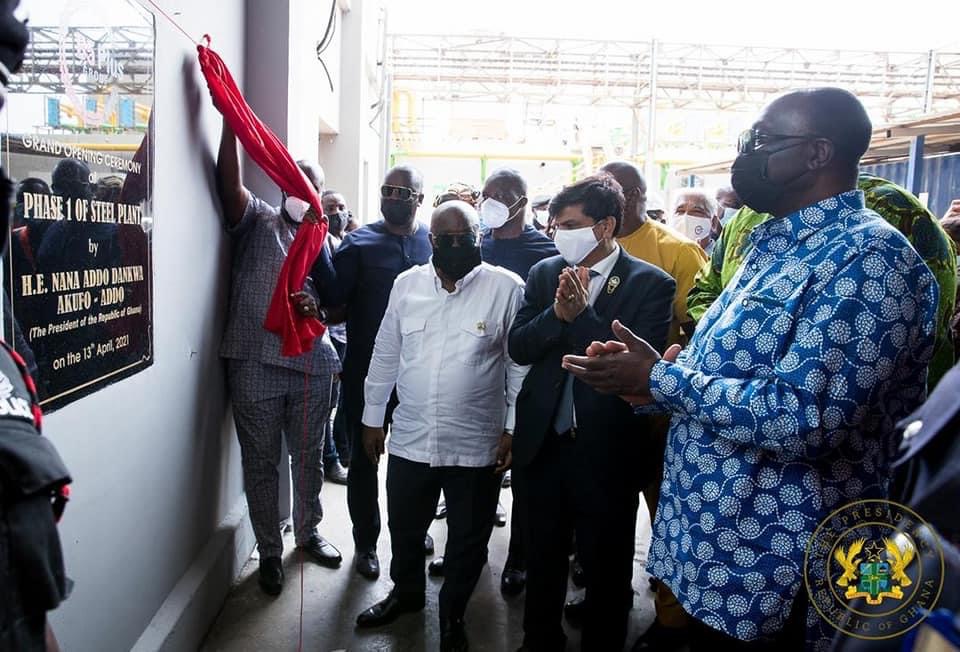 Addressing the gathering at Larkpleku, near Prampram, in the Greater Accra Region, the President noted that every year, some 350,000 students graduate from tertiary institutions across the country, and join the labour market in search of jobs.

He, thus, noted that he came into office, in 2017, with a clear appreciation of the fact that, “unless we industrialise, with the goal of adding value to our primary products, we cannot create the necessary numbers of high-paying jobs that will address this grave problem of unemployment, as well as enhance the living standards of the mass of our people.” 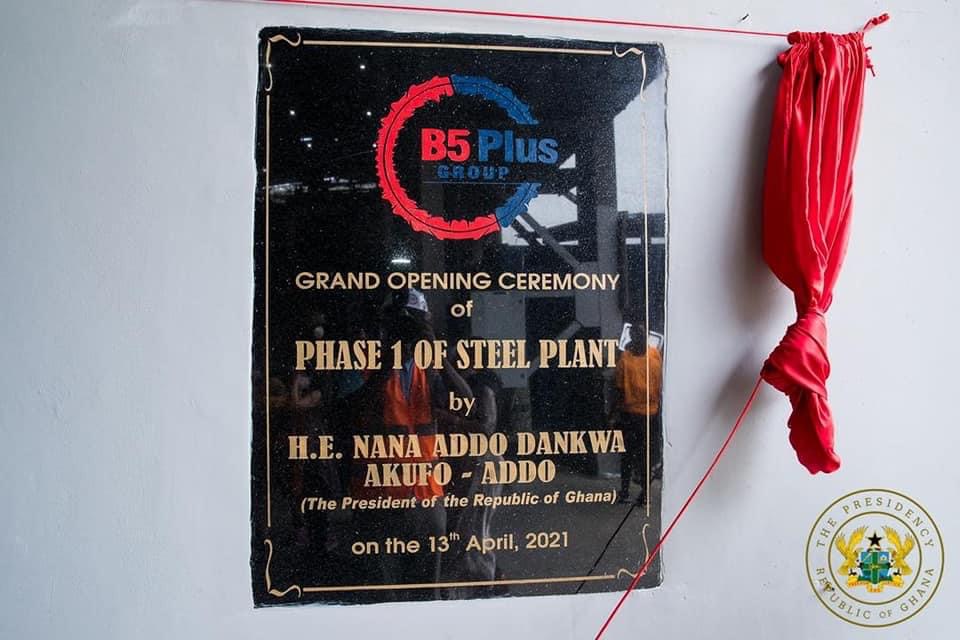 President Akufo-Addo continued, “That is why Government took steps to roll out the 1D1F initiative. The seventy-six (76) factories operating under this initiative have so far employed some 139,000 people, who, hitherto, would have been at home twiddling their thumbs, with no hope in sight.”

He was, therefore, confident that when all 1D1F projects come on stream, some 285,000 more Ghanaians will get direct jobs, as the 1D1F policy has the potential to absorb many more young graduates into well-paying, sustainable jobs within their district, municipal or metropolitan areas. 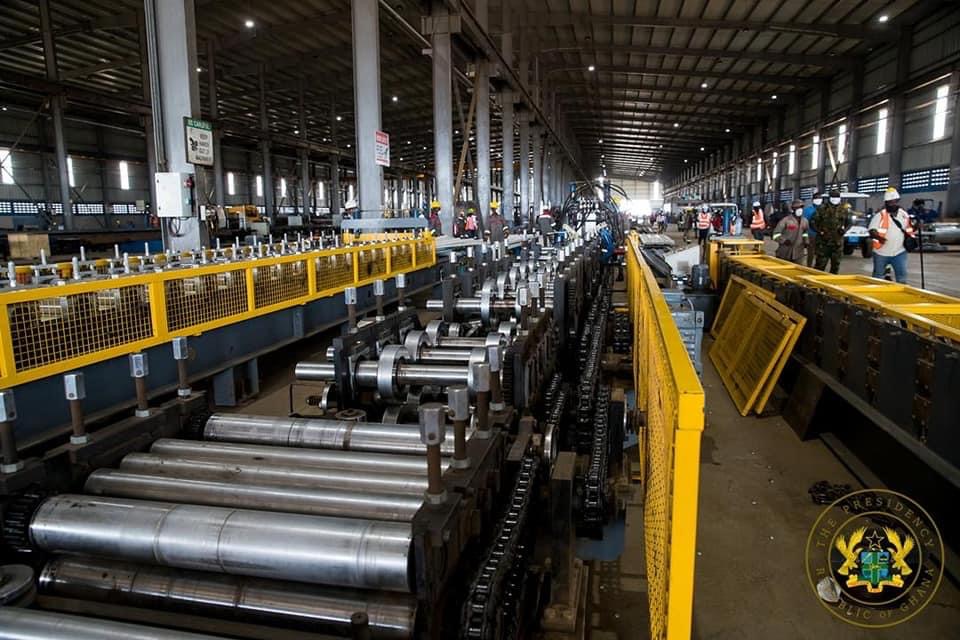 “What we are witnessing here today in Larkpleku is a true reflection of the benefits of the 1D1F policy, i.e. the creation of thousands of direct and indirect jobs, and the expansion of value-addition activities in the country. It is gratifying to note that the company is converting scrapped metal, gathered from across the country, into building materials which are feeding the construction industries in Ghana and the ECOWAS Region,” he said.

The President reiterated his Government’s continued commitment to providing strategic support to companies and enterprises operating in Ghana.

“We will continue to enhance the existing incentive framework designed to make 1D1F designated companies more competitive and sustainable. The incentives, which include tax holidays, import duty waivers, and interest rate subsidies, are designed to help build the capacities and competitiveness of these enterprises, and to position them for greater productivity and efficiency,” he added. 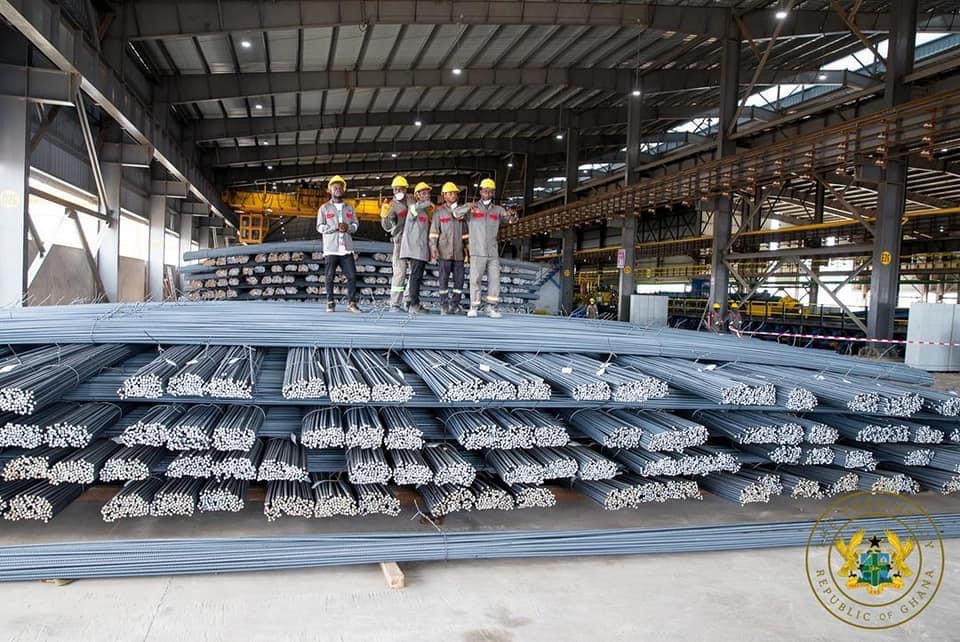 President Akufo-Addo reiterated his commitment of guaranteeing the reliable provision of utilities for the company and, indeed, all 1D1F enterprises, so that the barriers to greater productivity can be systematically dismantled, and the full enjoyment of these incentives can be guaranteed.

He encouraged the proprietors and management of B5 Plus Ltd to take further advantage of the various incentives under the policy, and establish similar industrial enterprises in other parts of the country.