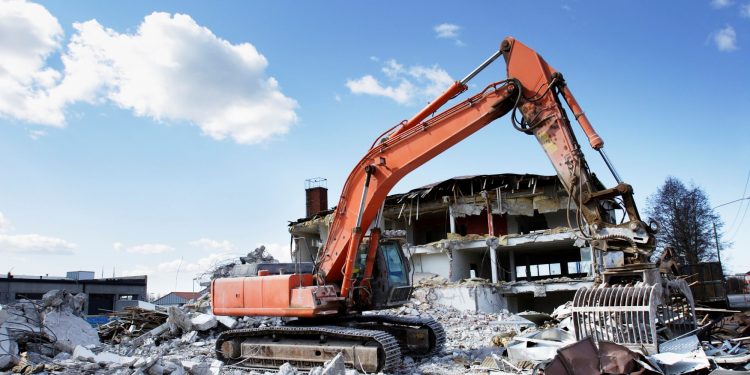 More than 500 houses in about five communities in the Afigya Kwabre South District of the Ashanti Region have been earmarked for demolition.

The action, according to the Afigya Kwabre South District Assembly is to pave the way for quarry activities in the area.

The Assembly has issued a final eviction warning to owners of the houses to relocate after their buildings were marked by some officials in the company of armed military and police officers.

Affected residents and facility owners tell Citi News they have been left traumatized by the development.

“Recently they came here to tell us that we were in a quarry zone and for that matter, they want to demolish our hoses. All of a sudden we woke up, went to work and returned only for us to see that the buildings have been marked as quarry zone, so we should keep off. We are seriously traumatized”, one of the residents said.

Another lamented saying, “we didn’t hear anything, all that we saw was that they were marking our walls with final warning inscriptions, so we should keep off because it’s a quarry zone. We have our building permit and every other document.”

For one of the affected residents, their next line of action will be determined after the Chief of the area’s meeting with the District Chief Executive (DCE).

“They say this is the final warning, but when did they come and give us the first warning? We don’t understand it at all. The chief says he is not aware, so he is taking it up with the DCE. So we are waiting for the outcome of the meeting for our next line of action”, he said.

Meanwhile, when Citi News contacted the Assembly, an official who will not speak on the record said the affected areas fall within the quarry buffer zone hence the decision to evict the residents.