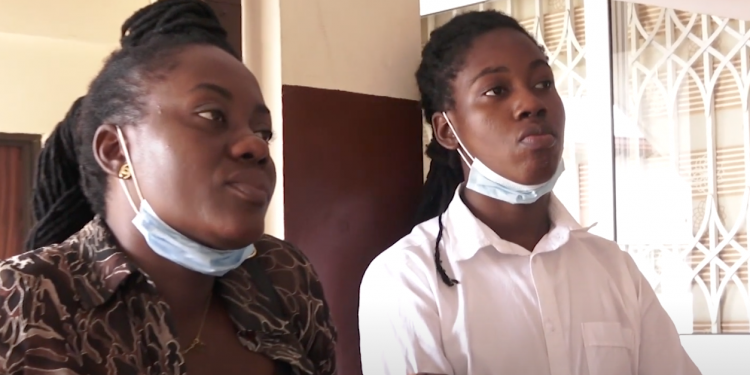 The mother of Oheneba Kwaku Nkrabea, one of the Rastafarian boys at the centre of the Achimota School admission saga, Maanaa Myers says the issue has affected her and her son mentally.

She said she almost slipped into depression at a point during the public trial and had to be put on medication.

She also tells Citi News that her son, Oheneba Nkrabea, is facing a similar situation and has resorted to the services of a psychologist.

“The process has affected us in several aspects. Emotionally, psychologically, mentally. It has been a tough one, especially for me, the mother. I got depressed at a point, I had to be on drugs. Even for him, his mood keeps switching. We had to seek the services of a psychologist for him. It’s been so bad.”

Since the tussle with Achimota School began, the parents of the boys have been advised to find an alternative school for them.

This has however proven difficult for Maanaa Myers as she says the other senior high schools she has approached are unwilling to enrol her son who has dreadlocks.

“Other schools I have approached, which I wouldn’t want to mention, are equally reluctant. I don’t know if it has to do with how the case has gone so far; with GES backing us and later backing out. I think all these developments influenced their decisions.”

“There were news reports that the children had acquired scholarships from other schools in the country. They are untrue. No school has approached us except for some international universities.”

About three weeks ago, it was reported that Achimota School had denied two Rastafarians admission to the school, although they had been placed there by the Ghana Education Service’s Computerized School Selection and Placement Service (CSSPS).

It, therefore, said the two Rastafarians must cut their dreadlocks if they want to be granted admission.

The two students insisted on keeping their locks and were consequently denied admission.

The Ghana Education Service (GES) subsequently ordered Achimota School to admit the students, but it made a U-turn on its stance.

He is also asking the court to stop the school from ever discriminating against him on the basis of his “religion and or creed”.

Oheneba Kwaku Nkrabea prayed to the court to among other things make “a declaration that requiring Oheneba Kwaku Nkrabea a child and adherent of the Rastafari religion and creed, to either cut his hair or forfeit admission into Achimota School, a public senior high school, is a violation of his rights to dignity…contrary to articles 15 and 28(3) of the Constitution, 1992 and section 13 of the Children’s Act 1998 (Act 560)”.

Oheneba Kwaku Nkrabea’s suit is the second after one filed by Tyron Marhguy, the other Rastafarian who was denied admission to the school.

Last week, the court dismissed an application for a mandatory injunction aimed at forcing the Achimota School to admit Oheneba Nkrabea, pending the final determination of the substantive case on him being denied admission for having dreadlocks.

The court, presided over by Her Ladyship Gifty Adjei Addo during the hearing of the motion on Monday, April 12, 2021, said granting such an application would be prejudicial to the substantive matter.

In her reasoned opinion, expediting the trial will be in the interest of the student as the mandatory injunction would have allowed him to be in school for only 10 days.

She further granted an order for the first respondent, the Achimota School, to file its response 7 days after being served instead of the statutory 21 days.