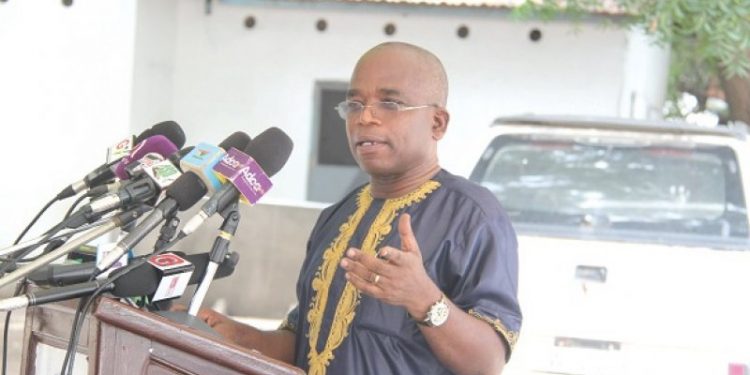 The Chairman of the National Media Commission (NMC), Yaw Boadu Ayeboafo says it is imperative for Parliament to pass the Broadcasting Bill before the end of 2021.

He urged Ghanaians to put pressure on their representatives in Parliament in this regard.

According to him, Ghana’s media space now more than ever, needs to be regulated to stop the proliferation of unwholesome content that has flooded the electronic media space.

The purpose of the  Bill is to provide comprehensive legislation on broadcasting services regulated by the  NMC and the National Communications Authority in a manner consistent with the Constitution.

The current Broadcasting Bill was drafted in 2012.

The regulation of the broadcasting space has received more scrutiny recently following the reported role a spiritualist on TV played in the killing of an 11-year-old at a suburb in the Ga South municipality.

Mr. Ayeboafo was speaking in Accra on Friday at a Consultative Meeting with Stakeholders on Broadcasting in Ghana when he made the remark.

“We should let our Members of Parliament understand that this is a priority law that we want and therefore, we should make sure that before the end of this year, there will be a broadcasting law.”

He further underscored the need to ensure a standard for regulating the broadcasting space.

“When next time we are talking about broadcasting and irregularities and other things, there would be a certainty and assurance that there is a yardstick for all of us, and it will not be my interpretation as against another person’s interpretation.”

Also speaking at the consultative meeting on Friday, the Attorney General, Godfred Dame also underscored the need for the legislation and assured of the state’s support in passing it.

“This Bill is crucial. I can pledge our unflinching support to ensure that this initiative comes to fruition,” he said.