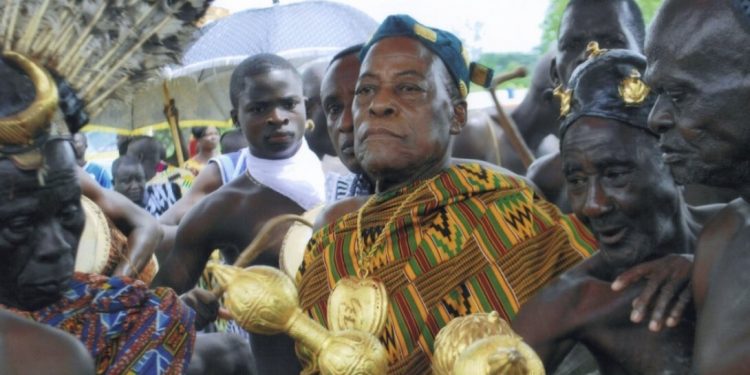 The Omanhene of the Agogo Traditional Area, Nana Akuoko Sarpong says considerations must be made for the relocation of Ghana’s administrative capital from Accra.

Although he was emphatic on where the proposed new administration capital should be, he said areas near Kintampo would be a good choice.

He made the call in an interview with Citi News on the sidelines of his 45th anniversary as chief of the Agogo Traditional Area.

The traditional ruler in the interview said Accra was made Ghana’s capital by accident and that it can remain a commercial capital, but administrative functions of the country must be focused in areas around Kintampo.

“I have spoken about this before. We can be thinking of relocating the administrative capital somewhere near Kintampo while Accra remains the commercial capital. [We can] have an administrative capital away from Accra, somewhere within the interior, near Yeji where there’s water. We must plan ahead because Accra was not planned to be a capital. Accra became a capital by accident around 1875 during King Tackie’s time because Accra is very close to the sea and is below sea level,” he said.

Accra became the capital of the British Gold Coast colony in 1877 with the transfer of the seat of government of the colonial authority from Cape Coast.

Calls for the country’s capital to be relocated from Accra is not exactly new.

The leader of the United Front Party, Akwasi Addai in 2019 also suggested that the country’s capital be moved to Kintampo since it sits at the centre of Ghana.

Many others have also made their case for relocation based on grounds such as congestion and sanitation challenges.

Others have also called for the rotation of the administrative capital to ensure development across the country.

Despite these calls, there has not been any major push by any individual, group or the government itself to really consider the suggestions.

Reopening date for SHS 3 students moved to May 5

Reopening date for SHS 3 students moved to May 5