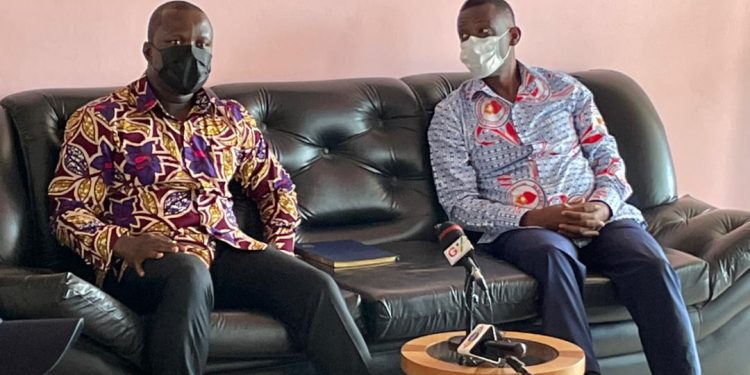 The Lands and Natural Resources Minister, Mr. Samuel Abu Jinapor says he will soon give an update on the status of the excavators seized by the government at the peak of the fight against illegal small-scale mining, popularly called “galamsey” in Ghana.

According to him, he will be transparent in doing so.

During the first term of the Akufo-Addo government, hundreds of excavators were seized in an operation to clamp down on illegal mining.

The issue of excavators being seized during the campaign against illegal mining sparked controversy following reports that some of them had disappeared from the district assemblies where they were being kept.

Mr. Jinapor, in a Citi News interview, urged calm and assured the nation that he will address the issue at the appropriate time.

“We will give a comprehensive report on the issue of seized excavators in due course but always remember that there is a law with provisions relating to how the equipment used for illegal small-scale mining are seized and how it should be dealt with. The law is very clear on that, and I intend to be religious in enforcing the law. So the law relating to the use of equipment for illegal small-scale mining will be enforced to the latter. On my inheritance in relation to excavators, at the right time, I will have an opportunity to update the country fully, but I want to assure the people of Ghana that the President and his government have always been transparent and will continue to be transparent in all matters relating to the issues of small-scale mining.”

Samuel Abu Jinapor had earlier set up a five-member Committee to take stock of seized excavators.

The committee is also expected to oversee the handing over of the responsibility of the Inter-Ministerial Committee on illegal mining (IMCIM).

The Chairman of the Committee, Dr. Ben Aryee, who doubles as the advisor on mines to the minister said they wanted to ensure they had facts.

“We are not talking about hearsay. The Minister, when he was vetted, indicated that some equipment including excavators were seized and there was a legal process for confiscation and so on.”

“Now that he has been cleared, he has just asked that the committee should brief him fully on the numbers in terms of an inventory of what exists and he will take a decision on what to do,” he said.