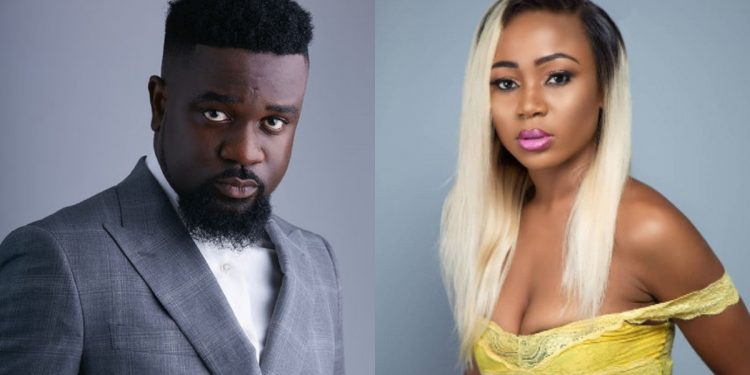 Celebrated Ghanaian rapper, Michael Owusu Addo, known in showbiz as Sarkodie, is pleading with the court to pardon social media influencer, Akuapem Poloo, after she was convicted for publicising nude photos she took of herself and her son.

Akuapem Poloo, known in private life as Rosemond Brown, was on Wednesday, April 14, 2021, convicted by an Accra Circuit Court presided over by Mrs. Christiana Cann for posting the nude photos on social media in June last year.

She has been remanded into custody after the court deferred her sentencing to Friday, April 16, 2021.

The court deferred the sentencing to enable Akuapem Poloo to undergo a pregnancy test in compliance with the law.

Legal experts say she could serve a maximum jail term of three years or be fined for the offence.

Meanwhile, some people, including rapper Sarkodie, think it will be unfair to jail Akuapem Poloo “just because of pictures taken.”

He, therefore, pleaded with the court to pardon her, so she does not get separated from her seven-year-old son.

“I think it’s a little harsh to separate a child from the mum just because of pictures taken… [I] would want to plead with the law to pardon our sister,” he wrote on Twitter.

In November last year when Rosemond Brown was arraigned, she pleaded not guilty, but in court on April 14, 2021, she changed her plea to guilty.

She pleaded guilty to all three charges and was convicted on her own plea by the court.

Rosemond was charged with publication of obscene material, and two counts of engaging in domestic violence.

On June 30, 2020, Rosemond celebrated her son’s seventh birthday by posting the nude pictures she took with her son, who was also half-naked, on her Instagram page, which went viral on social media.

The pictures attracted comments which accused her of undermining the dignity of her seven-year-old son among others.

Mr. Bright K. Appiah, who is the Director of Child Rights International Ghana, petitioned the Director-General CID, and the matter was referred to the Domestic Violence and Victims Support Unit (DOVVSU).

Rosemond, the prosecution said, was arrested and in her caution statement, admitted posting the nude picture with her son but insisted she did so unintentionally.

A write-up accompanying the picture read: “I am naked in front of you because this is how naked I was giving birth to you, so in case you find me lying somewhere don’t pass by but see me as your mom who brought you to life.”

The prosecution held that Rosemond deliberately posted the pictures on social media.