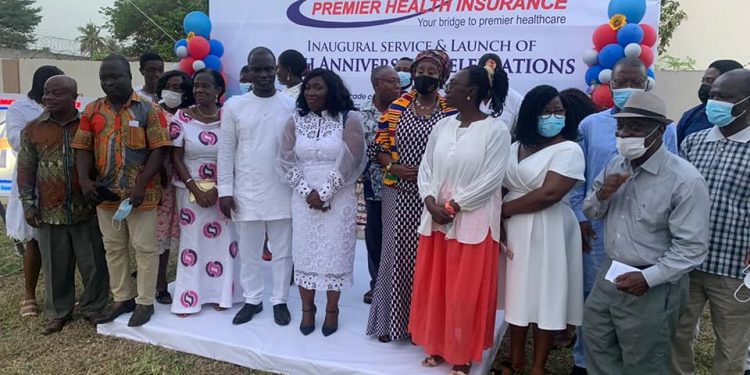 Premier Health Insurance has launched its 10th anniversary celebration with a call on management and workers to expand its frontiers beyond the borders of Ghana.

The Chairperson of the Ga Presbytery, Rev. Dr. Abraham Nana OpareKwakye, who made the call, said it cannot be the case that Ghanaian companies do not expand beyond the frontiers of Ghana, and also do not have the longevity as compared to businesses in other countries.

Speaking at the inaugural service and launch of the 10th Anniversary celebrations of the Premier Health Insurance, Rev. Opare Kwakye said there are companies around the globe set up in the 1800s, and which are still in existence and operating in a dozen countries.

He challenged Ghanaian companies, particularly Premier Health Insurance to eschew the local champion mentality and move into other countries.

“I hope Premier Health Insurance will be different and will become a global company. The vision of Premier must be bigger than this,” he said, adding, “Premier must be legacy minded and not just exist for today.”

Just like human beings, Rev. Opare Kwakye said businesses are bound to have challenges and difficulties, but it is during those difficult periods that the businesses with substance stand out.

He said like Apostle Paul, workers of Premier Health must “press on” during this period of Covid-19 and even in the face of opposition, knowing that in times of difficulties that they will shine.

For businesses and Premier to leave a legacy, Rev. Opare Kwakye charged the management of the company to “seek perfection, be disciplined and show, good leadership and excellence at all times.” 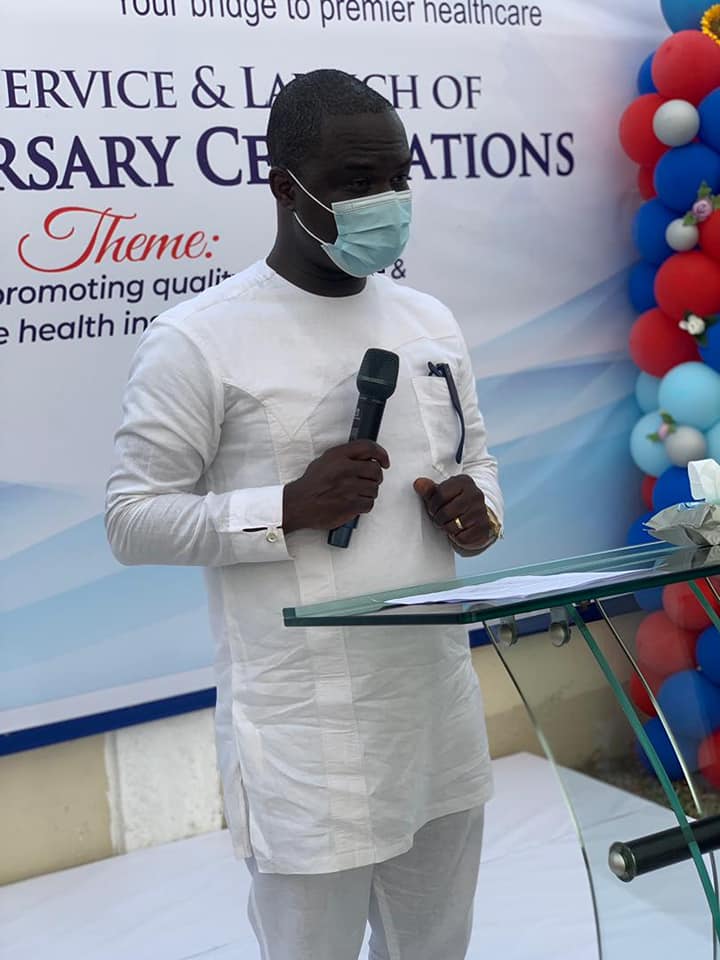 According to the CEO of Premier Health Insurance, the seed of Premier was sown in March 2011 because Mr. Harold Awuah Darko, who himself is in the Health Insurance business, had faith in him by setting him up with a seed capital of $50,000.00.

Premier has not looked back since then, he noted. Starting operations from a storeroom, a single laptop, an I10 vehicle with no clients, Premier has grown to become the biggest health insurance company in Ghana with 84,168 lives with 30% of the market share of 260,000 lives in ten years, a plush office in Accra, with branches in over seven regions, multiple cars and a turnover worth millions of cedis, he added.

“We have 52 permanent workers, 42 sales agents across the country with a dozen awards including Best Insurance Company in 2017, CEO of the year, Best Individual Healthcare award etc from credible and reputable institutions,” he chronicled.

Banking on the commitment, loyalty and dedication of his team, which he said was crucial in the Premier Health story, the Teachers and Workers plan, he noted was the game changer in the industry.

“When we started all our competitors targeted big companies with their products, but we decided to be different and we introduced novel products which looked at the lower end of the market,” he explained, adding our Apomuden product which also targeted Ghanaians abroad who have relatives in Ghana was also a masterstroke in the industry.

Two members of the staff, Justice Ayim Asare and Maxwell Boadu, who started the business with Mr. Ansah and have remained loyal after ten years, were duly acknowledged.

The CEO also commended the Board, workers and clients of the company for their support thus far saying; “Premier is still in the nursery stage. We will build on it.”
The inaugural service which was held at the premises of the company was attended by captains and CEOs of companies, workers and clients of Premier as well as the Development Queen mother of Afigya Kwabre District of the Ashanti Region Nana Adwoa Awindor, who was also host of the famous Greetings from Abroad programme.

As part of activities lined up to celebrate the 10th Anniversary of the company, Mr. Percy Ansah said there will be a Health Talk which shall engage all stakeholders in the industry later in the year, a donation to charity, a Customer and Breast Cancer Awareness Week as well as an Awards Night.