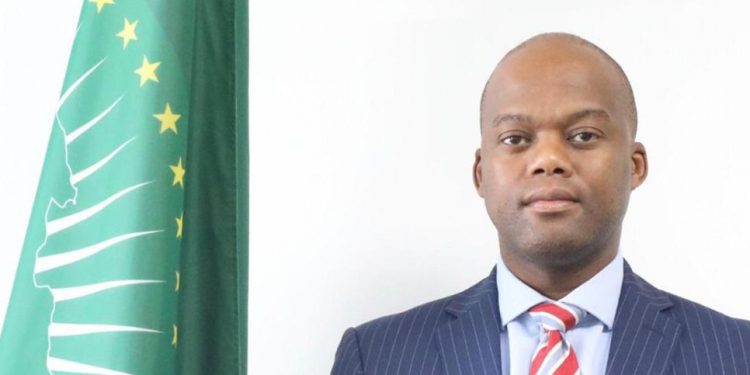 According to the Secretariat, a routine antigen test conducted on Mr. Mene, after his return from a mission outside the country at the Kotoka International Airport, proved positive.

In a statement issued by the Senior Communications Advisor of the AfCFTA Secretariat announcing the negative status of the Secretary-General, it noted that the initial test conducted at the Airport appears to be a false positive result.

“A  routine antigen test was performed on H.E Wamkele Mene, at the Kotoka International Airport upon his return from a mission outside the country. This antigen test returned a COVID-19 positive result. Following the initial positive test result, His Excellency took precautionary steps and went into quarantine whilst receiving guidance and advice from his medical team.”

“His medical team advised him to undergo further independent PCR tests. Consequently, His Excellency undertook two independent tests, from two different private labs. Both independent PCR tests returned a negative result, clearing the Secretary-General of COVID-19. It appears that the COVID-19 antigen test that was conducted at the airport produced a false-positive result,” the statement said.

This development comes days after Frontier Healthcare Services, the managers of Ghana’s COVID-19 testing programme at the KIA, in a letter to the Managing Director of the Ghana Airports Company Limited, drew attention to the high number of persons who tested positive at the airport, despite attaining negative results from the countries they travelled from.

The African Centre for Health Policy Research and Analysis subsequently asked the government to institute an investigation into the spike in the number of COVID-19 cases to help ascertain the veracity of the results.

Mr. Mene is expected to participate in a number of events, after testing negative.

He will participate in the ongoing Inaugural Meeting of the Dispute Settlement Body Committee (DSB) meeting, which started on Monday 26 April 2021.

He will also take part in the meeting of Senior Trade Officials from the 29th April to 1st May 2021, and the Council of Minister’s meeting on Monday the 3rd May 2021.