Sabronum-Nyamebekyere: School with only one teacher calls for urgent attention 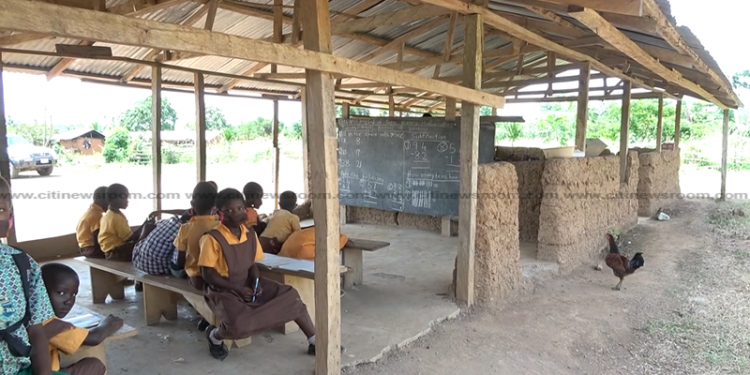 Basic and secondary education in Ghana, to a large extent, is free but that also comes with multifaceted challenges, especially in rural parts of the country.

At the Sabronum-Nyamebekyere DA Primary School, for instance, where only one teacher covers all the classes, there is no proper classroom block, compelling community members to put up a mud structure as an alternative, which is now in a dilapidated state.

While the teacher attends to the students of one particular class, all the other classes are then forced to remain idle, while they wait for their turn.

Those who are lucky are sometimes taken to those schools on motorbikes by relatives.

Adelaide Benewaa Adusei, the only teacher posted by the GES to the school, said she decided to set up the school after she saw the challenges the students had to endure before getting to school in other areas.

She recalled an incident in which a student, who was knocked down by a car on his way to school, had his leg amputated as a result. 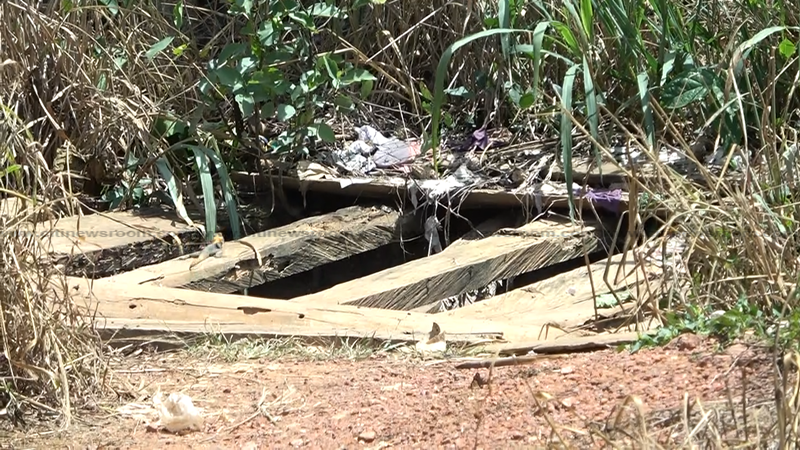 Although she was posted by the Ghana Education Service (GES) to work as a teacher in a different school, she started the school as her private endeavour until it was subsequently absorbed by the government in 2019.

She was then posted to the school as its only teacher. Almost two years since the GES took over the school, no other teacher has been posted there, leaving Adelaide to take care of five classes at the same time. 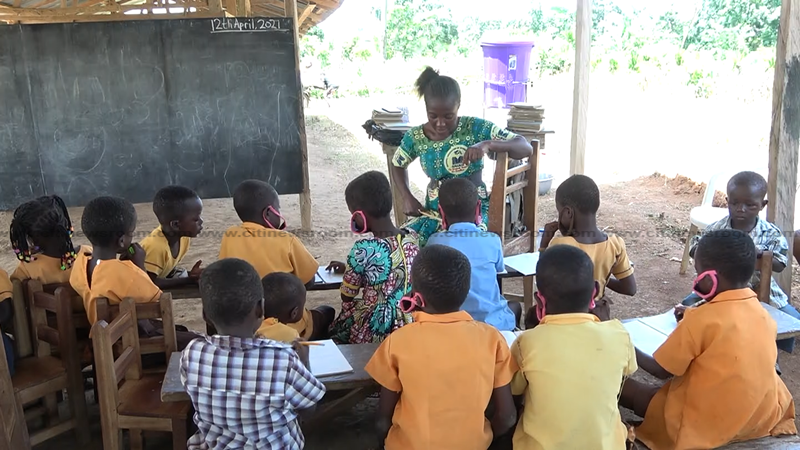 Due to this, students in the upper primary, who are seen as mature enough, are made to walk to other schools outside the community where there are adequate teachers.

Currently, the government has not provided any classroom block for the students at the school.

The mud structure, which the community members helped to build, is in terrible shape as cracks have begun to appear in it, forcing students to go home anytime it rains.

The students also complain that reptiles sometimes enter the classroom during lesson hours, while the only toilet facility available is also in a poor state, with the students forced to use it one at a time.

“Sometimes, teaching becomes very difficult when there is an official meeting going on at the district level. In that case, I would have to send the kids home and attend the meeting, or at times I go in late for the meeting. Sometimes when I am sick, teaching becomes difficult because I am not able to help the children to learn.”

“When that happens, I just have to sit down in class or absent myself and ask the children not to come to school at all. Also, as the only teacher and the substantive headteacher here, I don’t have textbooks to help me carry out my work. Our classroom block is a mud structure. Sometimes we find snakes in between some walls due to cracks that have developed in them”.

The assembly member for the area, Michael Anabiga says he engaged the services of two people to assist Adelaide at his own cost, one of whom has already left after gaining admission to the university.

The other recently gained admission as well and is set to leave the school at the end of the month.

“As an assembly member, I decided to engage the services of two other persons to teach to assist the only teacher, especially when she is absent. Not long ago after the COVID-19 outbreak, one of them gained admission into the university, so he left.”

“Later on, the other person also was admitted into a tertiary institution. He will be leaving at the end of this month. On this note, we are appealing to the government to come in to assist us. Not only the government, non-governmental organizations or private individuals who have the zeal to help should kindly intervene,” he added. 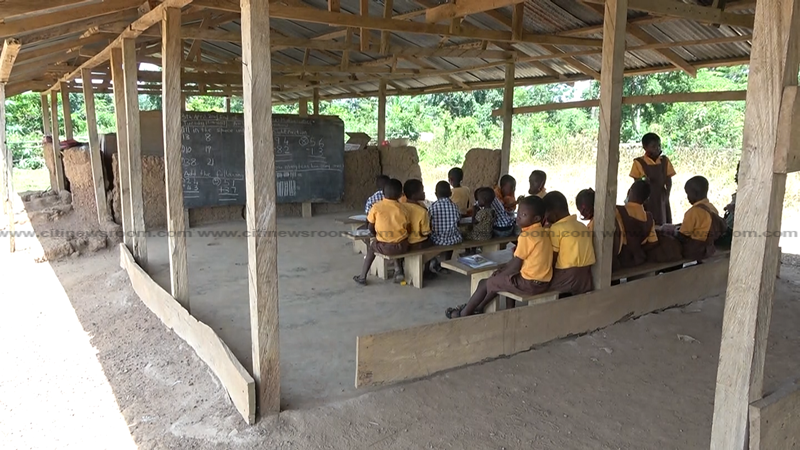 The chief of the area, Nana Kofi Amoah, says the current condition of the school, which serves a number of communities, is a major concern for them.

“We need a new classroom block to be constructed for us. We also need more teachers here. Only one teacher has been posted here. Whenever she is not available, the students are made to go home. Since this is mainly a farming community, their stuff would be on the farms by the time they are asked to go home. We are appealing to the government to come to our aid. We are also calling on individuals and various groups that are in the position to assist us, to help us in any way possible”.

When Citi News visited the Ahafo Ano South East District Education Directorate, officials said they were aware of the situation; but were not able to give timelines on when action would be taken.