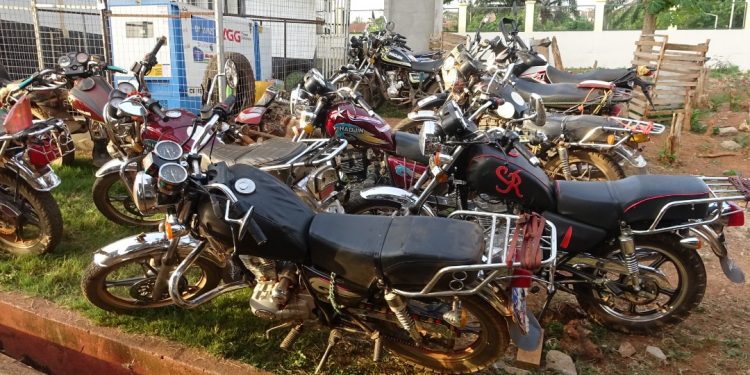 The operation, according to the Command, is the first of a number of outlined measures to combat crime in the municipality and region.

Addressing the media, the Acting Regional Police Commander, DCOP Ernest Akrasi Mensah, stated that the move is also in line with proactive policing.

He said following the increasing robbery cases in parts of the country, his Command is determined to put in place all necessary measures to clamp down on motor bike-related crimes.

“We know that there have been recent armed robbery cases in the country and especially our neighbours in the Western Region. This week, there were three robberies and in all, motorbikes were used. So we also thought it wise to do proactive policing by arresting people with motorbikes.”

“So we are doing this operation to screen the riders to find out where they got their bikes from and why they have not been registered,” he added.

He further cautioned all motorbike users to ensure they possess all relevant documentation at all times to avoid undue arrests.

“We are advising the general public that if they want to ride a motorbike, they should get it licensed and ensure that others do not use it for robbery.”