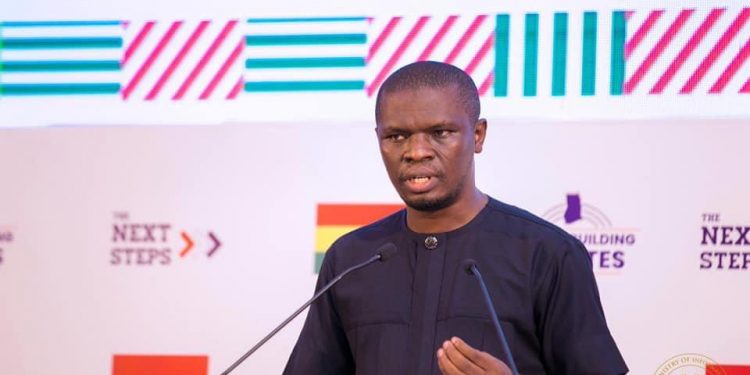 The Minister of Youth and Sports, Mustapha Ussif, says he will ensure that all monies raised by his outfit through its fundraising campaigns are accounted for.

In an interview on Face to Face on Citi TV, Mr. Ussif also expressed his commitment to managing the funds effectively.

“So far we have had good enough responses, and we are summing up the figures together. We have other fundraisers on Friday and next Tuesday. Once we finish with it all, we will come back as a team that has been tasked to raise funds to support our participation in public tournaments, and publicly declare what we are getting. In the same vein, if we get nothing substantial, we will let the public know.”

“I can assure you that every penny that is given to us, towards our sporting competitions will be strictly accounted for. I will also ensure that they are not wasted,” he added.

The senior national football team, the Black Stars, have already booked their spot at next year’s Africa Cup of Nations (AFCON) and will start the qualifying campaign for the 2022 World Cup in June.

In order to adequately fund both campaigns, the minister has embarked on fund-raising efforts from corporate Ghana to support the team.

The minister revealed at a breakfast meeting with Chief Executive Officers from corporate Ghana at the Jubilee House on Monday, April 26, 2021, that Black Stars will require an amount of $25 million to fund their 2022 Africa Cup of Nations campaign in Cameroon, as well as the 2022 FIFA World Cup qualifiers.

“Supporting the Black Stars will enable the government to use the sports budget to support other disciplines especially as we gear towards the Tokyo Olympic Games.

“Historically, the Black Stars have performed well every time corporate Ghana has backed them and it is our hope that you will do same again,” Mustapha Ussif told a gathering of CEOs from corporate Ghana.

Meanwhile, President Akufo-Addo announced at the meeting that government will provide $10 million of the required amount with a 4-member committee, headed by the Sports Minister, tasked to raise the remaining $15 million.

Meanwhile after the backlash from Ghanaians, the Minister has said the proposed $25 million is not for only the Blacks Starts but for the country’s national teams.