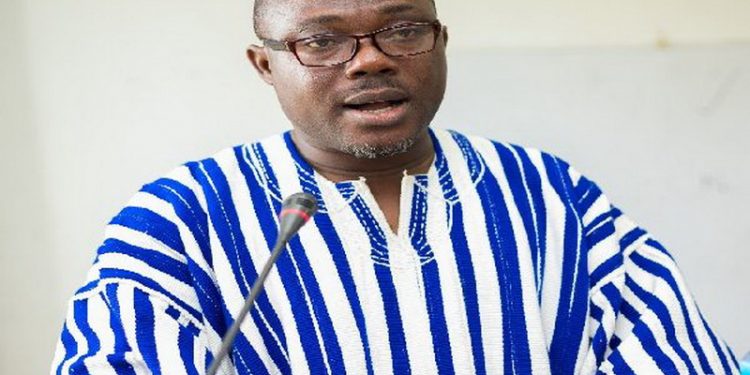 As we are all aware, President Nana Akufo-Addo completes his second term of office in 2024 and as the democratic principles enshrined in our constitution determines, the NPP would have to find his replacement. Already, people have started open and surreptitious campaign in a manner that seems to violate the party’s rule that, such activities can only be undertaken in the third year of government, when the party is in power.

The rationale for this directive in the NPPs constitution, which many find problematic, would be interrogated soon and a case made for constitutional amendment.

For now, the focus of this piece is to broadly contribute to public discourse on how best the NPP can set a pace in selecting a flag bearer to replace President Akufo-Addo in a manner that would deepen its internal democracy and ensure popular acceptance as well as ownership of whoever emerges as the party’s Presidential Candidate.

Indeed, most of the NPPs stalwarts and the majority of its following would generally like to see the party as one of Africa’s most innovative political parties, having championed a number of initiatives to strengthen its own internal democracies, and to some extent, national electoral processes since its inception.

Generally, the NPP is perceived as wielding credibility and character as a responsible democratic organization, which is always seeking good democratic values for the country. Consequently, it can be predicted that some more internal democratic arrangements may be fashioned out by the party as it prepares to give meaning to its quest to break the eight-year tenure cycle of presidencies.

Indeed, if the party is really interested in breaking the eight-year tenure cycle as being paraded in public discourse, then it is important for its leadership to reconsider the selection mechanism for its flagbearership towards an all-embracing model that ensures party cohesion, ownership and sustainability of its membership, principles and attractiveness.

A model that ensures that whoever emerges as flag bearer is acclaimed as the real choice of the party, and not a choice perceived as imposed by the highest bidder, and the one who wields power of the purse, would be democratically sensible.

Perhaps a little reminder of history can put in context the importance of the call for reform of the flagbearer selection process, for the party’s own good. Previous arrangements in selecting flag bearers, left the party divided and created schisms as well as factions that the party must not tolerate if it is indeed interested in winning the 2024 Elections.

It can emphatically be stated that the current regimes of candidate selection in all political parties in Ghana, are a flawed process. It is widely known that, at any level of candidate selection in all elections, (whether district level, parliamentary or presidential) aspirants easily camp delegates and buy votes with cash and in kind, in a way that undermines the internal legitimacy of elected flag bearers among sections of party echelons and grassroots, which further impacts negatively on national democratic processes.

Democratically minded politicians must set the system right for party and country, and perhaps for their own political legacies, to be known to have contributed to the betterment of Ghanaian democracy and the strengthening of their own internal party structures, that would make their party sustainable.

It suffices to say that for the 2024 electioneering campaign, any serious political party that would likely face the second most popular flag bearer in Ghana, John Mahama, cannot prosecute that agenda with divided fronts and needless internal schisms. Hence, the call on NPP leadership to rethink their flagbearership selection process that has always brought the party to a gridlock and sometimes, near collapse, and take the bold initiative towards reform, is appropriate. One way of ensuring a united party, properly positioned to fight for a better electoral fortune in the 2024 Elections, is for the party to adopt a very open and democratic mode of selecting its flag bearer.

A Customized Variant of the principle of “One Man, One Vote” (OMOV) must be adapted to suit the selection of the party’s flag bearer.

Article 3(I) of the NPP’s constitution states that “there shall be kept at every polling station and in the office of the party in each constituency, an up to date register of members of the party in the constituency, which shall be updated every six months and forwarded to the national secretariat” This provision mandates the party to register all its members at all polling stations in the country and the list could be used to open up voting opportunities to many more NPP supporters to determine who must lead the party as flag bearer.

Perhaps, a reference to other contexts could offer inspiration to the NPPs leadership. After many years of trying, the Labour Party in UK successfully introduced OMOV in 1993, which helped to make the party electorally attractive again to win power in the 1997 elections that saw Tony Blair elected to power.

The Conservative party also adopted OMOV in 1998 as part of the party’s measures to strengthen internal democracy and to ensure a fairer system of party leadership selection.

The third-biggest party, the Liberal Democrats have longed used OMOV in their leadership selection process, a move that has endeared the party to many, as one of the most loved political brands in the UK. The US is one country that has long held this tradition in both parties in some States. The OMOV is by far seen as one of the most democratic processes of leadership selection in the widely acclaimed democratic countries that Ghana seems to emulate.

In most cases critics of OMOV counter its adoption with some perceived limitations of the system. The most advanced criticism is the possibility of opposition infiltration to deny the party the selection of a true leader. But there is a simple solution to this problem.

Registration of members must be backed by previous evidence of membership like party identity cards or a guarantor system where known party members can guarantee for people whose membership are difficult to verify. The guarantee system, incidentally, was used in the just ended voter registration process conducted by the Electoral Commission in the lead up to the 2020 General Elections. Same system is currently being used in the on-going National Identification registration process.

Once all party members are registered at the polling stations, the list can be used to serve as a register for voting. By this procedure there could be over six million eligible voters in the selection of the NPP’s flag bearer for the 2024 Elections. It would be impossible for anyone to camp and bribe in a vote-buying scheme. It thus suffices to say that whoever emerges from this direct selection process, can be described as a true and legitimately selected leader and choice of the people.

The benefits of this selection process are numerous. For example, once all have participated in determining who must lead the party, there is a high probability that divisions, factionalism and schisms would reduce drastically. Also, the winner would have popular support and a campaign that benefits from the support of all within the party can be guaranteed.

Moreover, the party can also tell immediately, the level of enthusiasm of its base, which is a direct measure of momentum, going into the elections with full assurance that it has it base behind it. Again, the previous arrangement that allowed shameful and brazing display of treating and monetization of the selection process, in a manner that compromised the sovereign will of the people may also be a thing of the past if the selection process is broadened to include all registered party people at the polling stations.

Furthermore, as party members feel that they have ownership of the party, just like football fans, it is easy to convince them to pay membership dues because they see themselves as having a direct stake in the party. They would be encouraged to pay their dues to the party to improve party financing.

However, in order not to compromise the exercise of one’s right to vote, one’s inability to honour his financial obligations to the party, through the non-payment of dues, should not be used as a reason to exclude people from the voting process.

Additionally, expanding the voting right to include all party members may, admittedly be tedious relative to the status quo, but would certainly be less expensive for flagbearer hopefuls, given the current state of treating and vote-buying mechanisms that makes delegates overly powerful in holding aspirants to ransom.

Last but not the least, the OMOV principle will certainly assure the party internal cohesion, boost internal legitimacy of flag bearers and rally all party people behind the flag bearer in a manner that garner their enthusiastic support to his bid to win future elections.

I respectfully, humbly and freely counsel you, the leaders of the NPP, to adopt the OMOV principle, in selecting who leads you in the 2024 Elections, to brighten your chances and further consolidate your status as a democratically innovative party in Ghanaian and African politics.

Youth in Afforestation beneficiaries to boycott work over unpaid allowances

Youth in Afforestation beneficiaries to boycott work over unpaid allowances