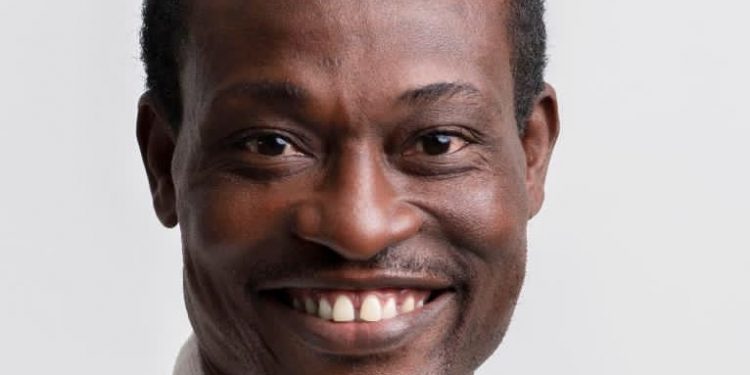 The President, Nana Addo Dankwa Akufo-Addo has accepted the nomination of Mr.  Kissi Agyebeng as the Special Prosecutor.

This was made known in a statement issued by the presidency today, Thursday, May 6, 2021.

The statement signed by the Director of Communications at the Presidency, Mr. Eugene Arhin, said a letter has been sent to the Speaker of Parliament to that effect to seek parliamentary approval in accordance with law.

“It will be recalled that President Akufo-Addo accepted the resignation from office of Mr. Martin Amidu as Special Prosecutor on November 16, 2020, and in accordance with section 13 (8) of the Special Prosecutor Act, 2017 (Act 959), is required to appoint a replacement within six months of the position becoming vacant.”

“To this end, the Attorney General, Mr. Godfred Yeboah Dame, on 16th April 2021, nominated Mr. Kissi Agyebeng, under section 13 (3) of Act 959, to the President for consideration as the second occupant of the Office of the Special Prosecutor,” the statement added.

The Presidency in the statement said it “is hopeful that Parliament will expedite the confirmation process of Mr. Kissi Agyebeng, so he can assume the position without delay.” 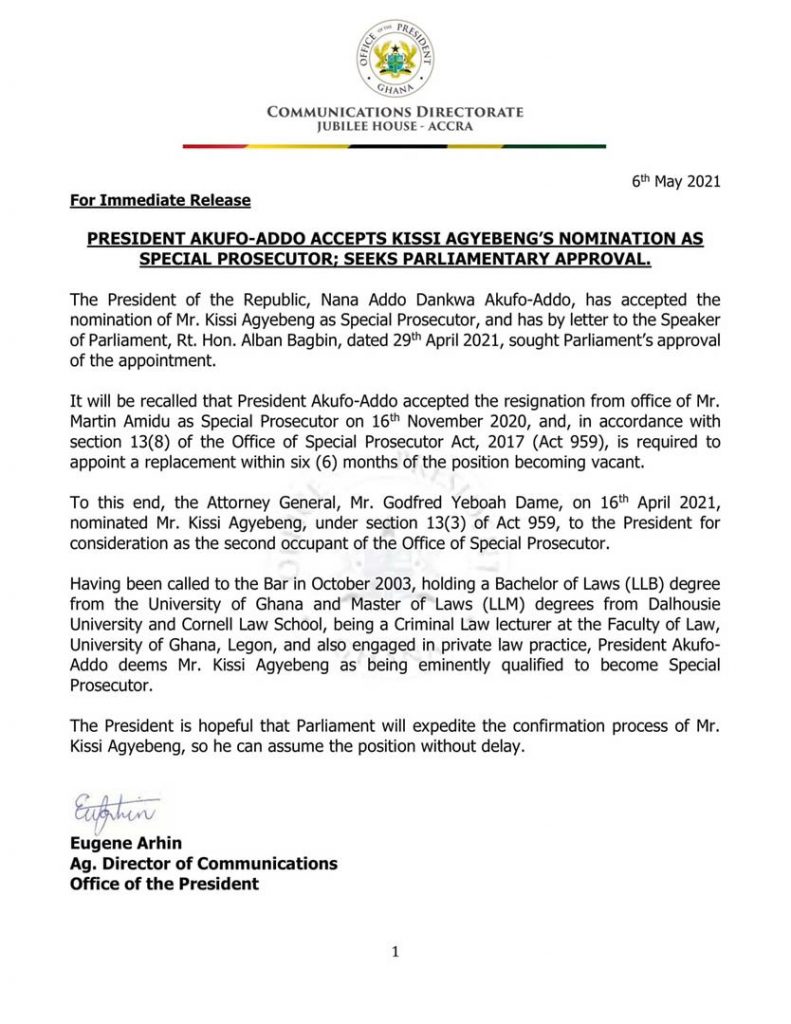 The Attorney-General, Mr. Godfred Yeboah Dame, nominated the law lecturer and private legal practitioner as the replacement for Martin Amidu, who resigned from the position in November 2020.

Kissi Agyebeng was called to the Ghana Bar in October 2003 and holds a Bachelor of Laws (LLB) degree from the University of Ghana, as well as Master of Laws (LLM) degrees from Schulich School of Law, Dalhousie University, Canada and Cornell Law School, USA.