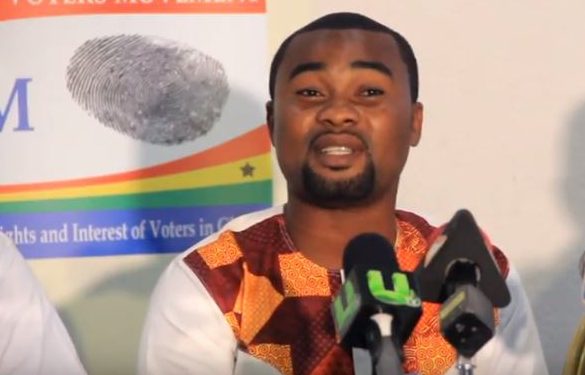 The Concerned Voters Movement (CVM), a socio-Political organisation, has urged Ghanaians to be patient with President Nana Akufo-Addo as he is determined to fix all the socio-economic problems that he inherited from the John Mahama administration.

A statement signed by Razak Kojo Opoku, the founder and President of CVM, said majority of the problems that people are pressurising the Akufo-Addo-led administration to fix were caused by the “incompetence” of former President John Mahama.

“However, President Akufo-Addo has fixed most of the problems he inherited from Mahama in his first term, and most definitely he is on course fixing the rest of the problems in his second term. We would like to appeal to Ghanaians to be patient with Akufo-Addo’s government for they are capable and committed to addressing all the problems in the country one after the other,” Mr. Opoku added in the statement.

Citing some initiatives and projects launched under Akufo-Addo’s leadership, Mr. Opoku said “President Akufo-Addo is not sleeping on his job. In fact, he has demonstrated beyond reasonable doubt that, he is very committed to addressing the concerns and expectations of Ghanaians.”

“Let’s support President Akufo-Addo to succeed with our patience and tolerance.”

Some Ghanaians have been expressing their displeasure over successive governments’ failure to improve the living standards of Ghanaians on Twitter using the hashtag #FixTheCountry.

The campaign was initially started by some young persons on Twitter, but some celebrities later joined in to hold the government accountable.

They cited dumsor, unemployment, poor healthcare systems as proof of successive governments’ mismanagement of the country.

Members of the group attempted to hold a demonstration on May 9.

The planned demonstration was however stifled by the state after the Ghana Police Service secured an injunction against it.

The court ruled that the planned protest would not be able to come off until the restriction on public gatherings is lifted.

Conveners of the protest have now moved to challenge the injunction.