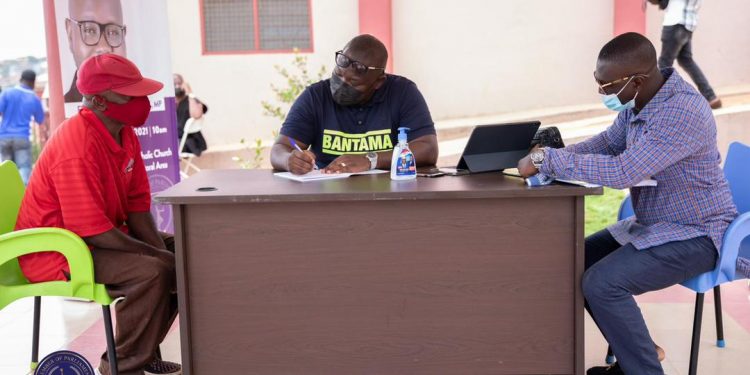 The Member of Parliament (MP) for Bantama in the Ashanti Region, Francis Asenso-Boakye has engaged residents of Adumanu. 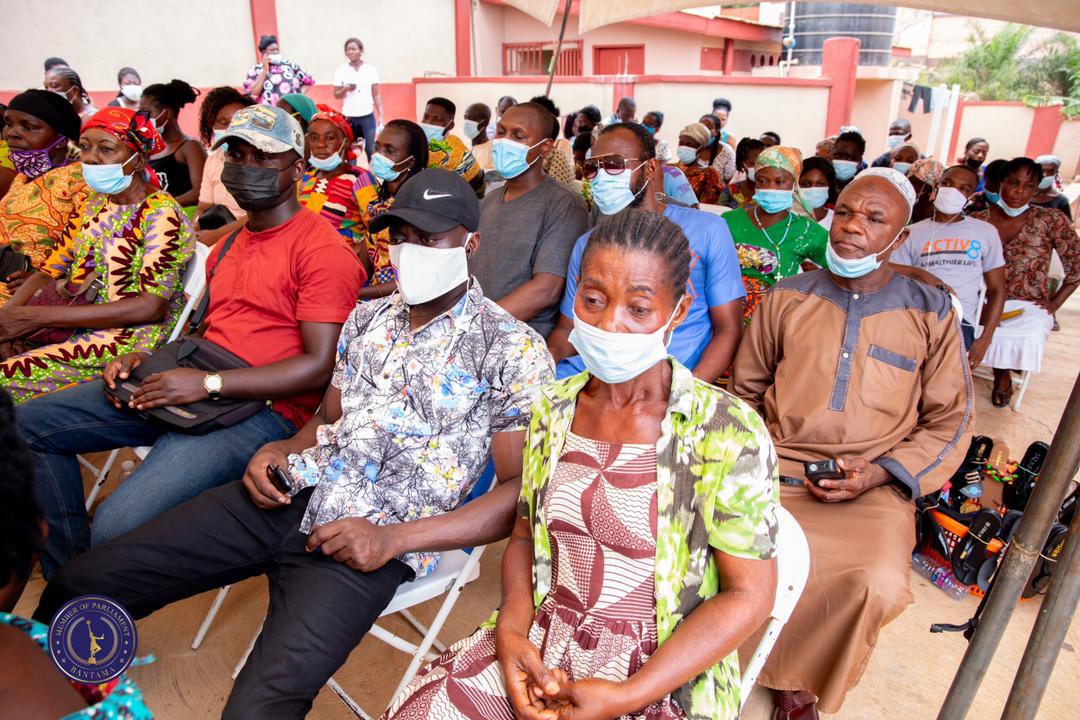 The one-on-one interactive session which forms part of the “MP’s Community Clinic” initiative was held on Monday, May 3, 2021. 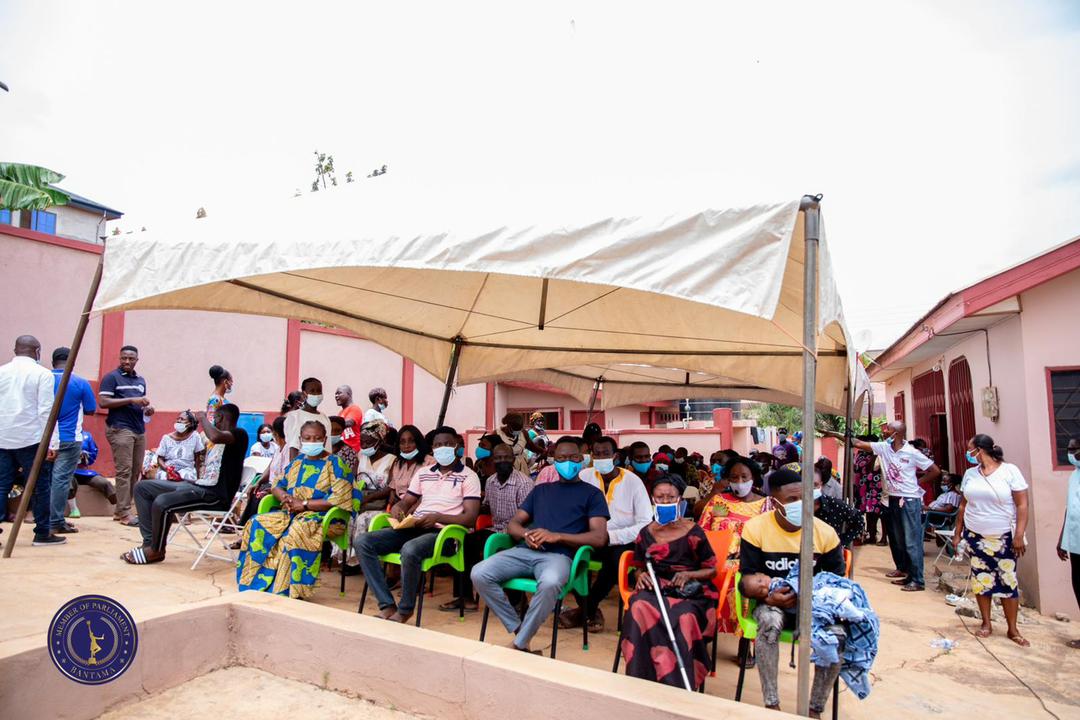 Described by many political watchers as the first of its kind in the country, the initiative is aimed at taking governance closer to the people by discussing diverse issues bothering on the development of the community with the Member of Parliament. 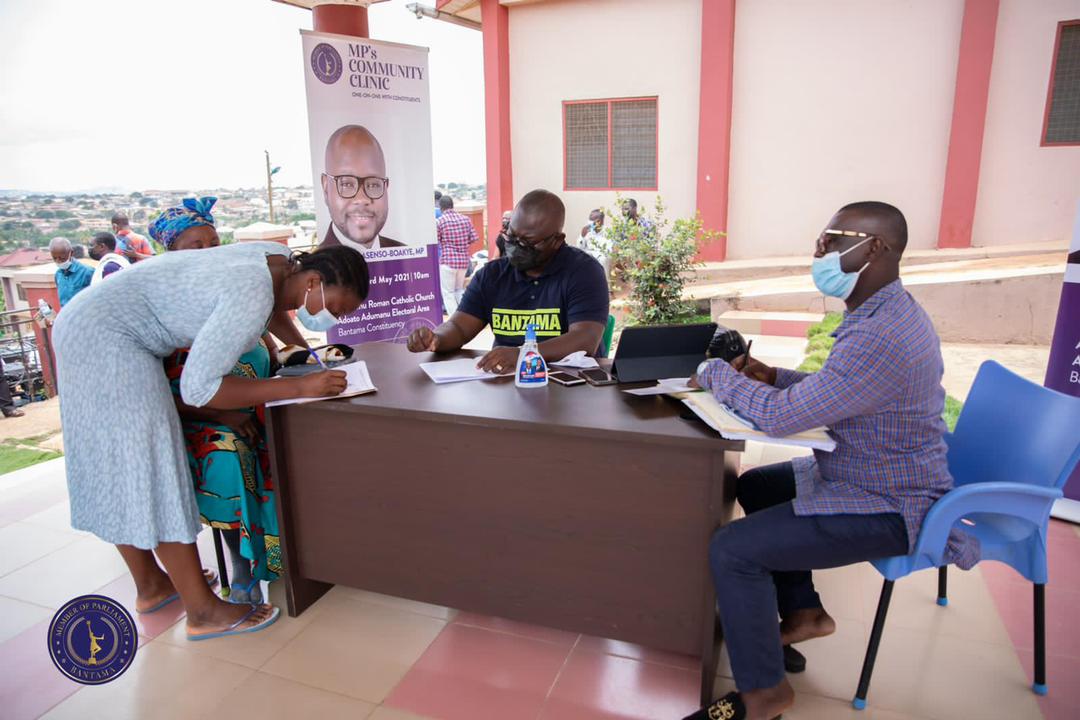 “To allow my constituents the privacy to discuss pertinent issues with me, I have initiated the ‘MP’s Community Clinic’, which is a one-on-one interactive session”, Asenso said in a Citi News interview. 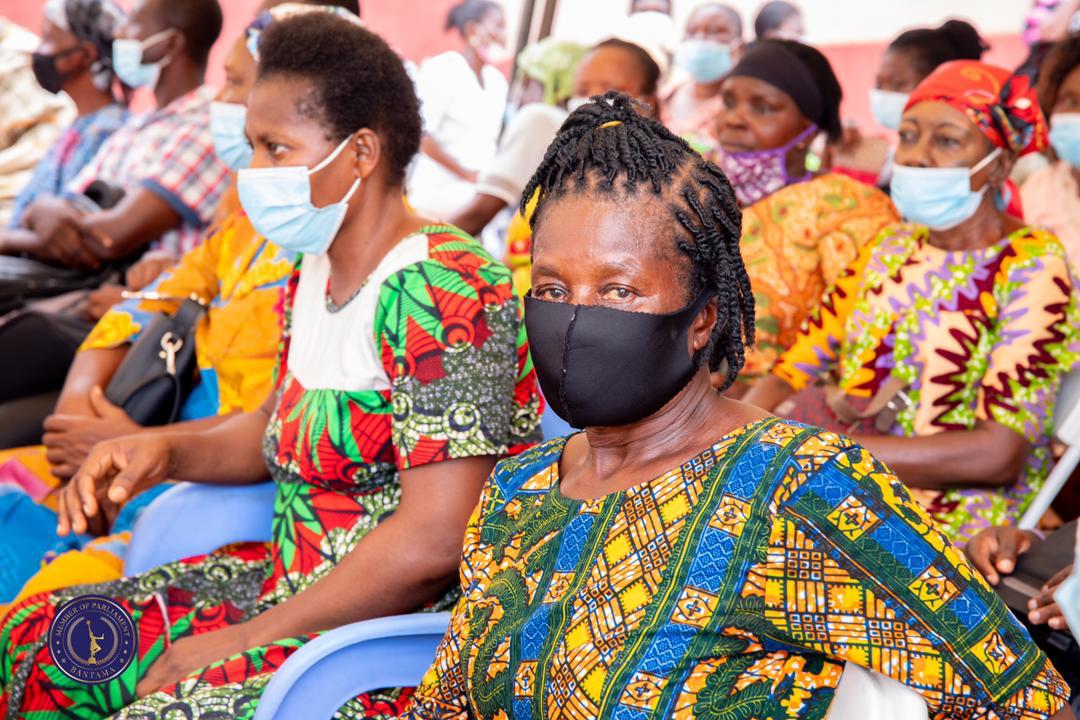 He explained that, unlike the community meetings, this initiative affords constituents the platform to discuss confidential matters and also provide him with first-hand information on core issues.

A section of the participants, who were beneficiaries of the engagement expressed their appreciation to the MP for giving them a listening ear. 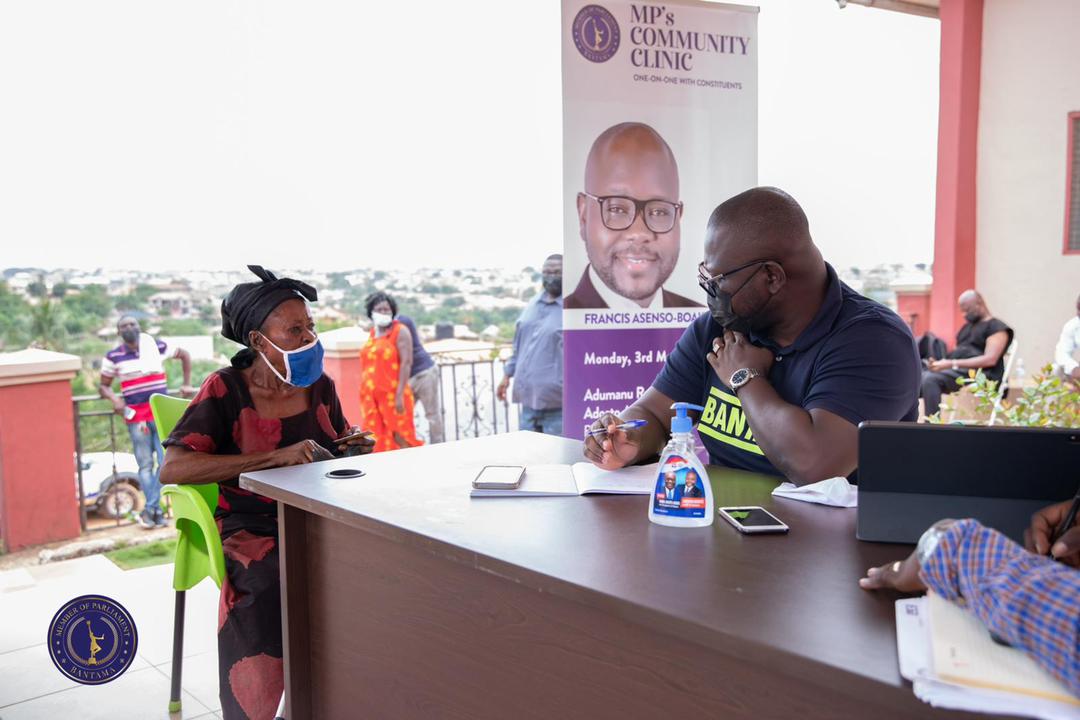 “I can say that this man is truly humble. I have never come across any MP who gives such access to his people. Honestly, I am very impressed with his works. I know God will bless him”, one Samuel Acquah said.

“This is the first time in my over 65 years seeing an MP who openly invites constituents to discuss our concerns with him,” said Madam Esther Twumwaa, a resident of the Adumanu community. 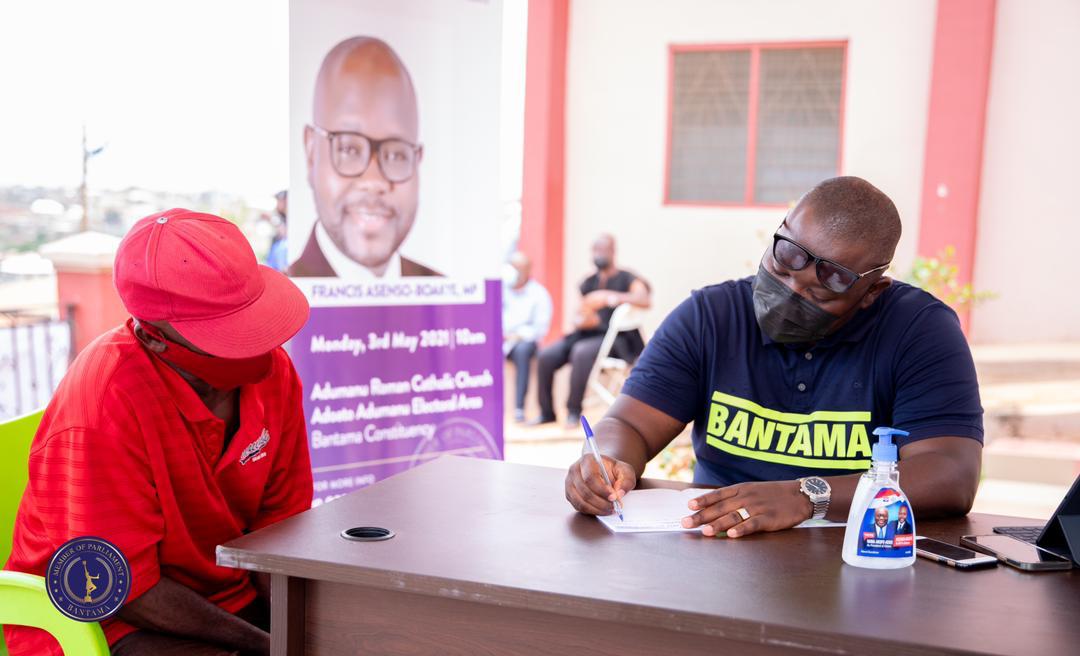 Asenso-Boakye attended to about 400 residents of Adoato Adumanu and intends to engage a lot more of his constituents in subsequent sessions.