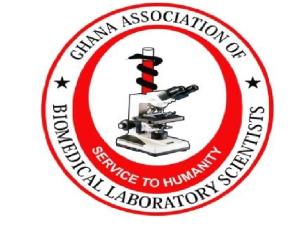 The Bono and Central Regional chapters of the Ghana Association of Medical Laboratory Scientists (GAMLS), have declared their support for the strike embarked upon by their colleagues at the Komfo Anokye Teaching Hospital in the Ashanti Region, and have vowed to join the action if their concerns are not addressed.

The Laboratory Scientists at KATH began a one-week sit-down strike last week to protest against the posting of two medical specialists to the Laboratory Services Directorate of the hospital.

The National Association of Laboratory Scientists has also threatened to escalate the strike nationwide.

In a statement signed by the Bono Regional Chairman of GAML, MLS Mark Danquah, the chapter declared its support for the KATH Laboratory workers and directed all its facilities to wear red bands from today, Tuesday, May 25, 2021.

“The region has observed that though the issue is happening at KATH, it has the intensity of affecting the laboratory profession nationwide. In view of this, the entire laboratory fraternity in the Bono Region declares our full support to our colleagues in KATH. The regional executive council has directed all facilities in the region to wear red bands as directed by the leadership of the Association from Tuesday 25th of May 2021 till further notice.”

The Chairperson for the Central Regional Chapter, MLS Emmanuel Y. Oppong-Boakye, urged the Ministry of Health and other stakeholders to reassign the two specialists as required by law.

“We, therefore, call on the Ministry of Health and all other stakeholders as a matter of urgency to withdraw and reassign the two Medical Doctors to their rightful place as mandated by Law. Furthermore, we request that the Medical Laboratory Services be separated from the Pathology Department and stand alone as a Directorate. In order to find lasting solutions, we urge the Ministry of Health to evoke the Health Professions Regulatory Bodies Act, Act 857 as well as Health Institutions and Facilities Act 829, 2011 part one, HeFRA regulation; specific requirement for the Medical Laboratory practice (2017, version 1.3,).”

“As a Regional Branch of the professional body, we fully support our colleagues in KATH and anticipate an amicable resolution of the matter by tomorrow [Wednesday], 26th May 2021, as disputes related to essential services require swift attention,” the statement added.

“Anything that affects KATH affects colleagues in all teaching hospitals across the country, and by extension, the profession of Medical Laboratory Science affects us at Cape Coast Teaching Hospital (CCTH). We remain united behind leadership at KATH chapter and at the National level and are ready to join in this fight as may be directed by national. We are watching with keen interest, and if by 26th May 2021 nothing is done about the issue at KATH, then we would have no option than to join the strike,” a statement by the Cape Coast chapter for GAML noted. 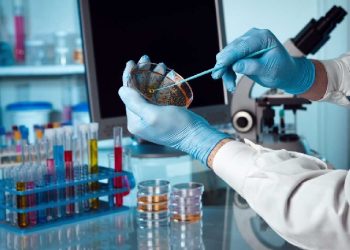