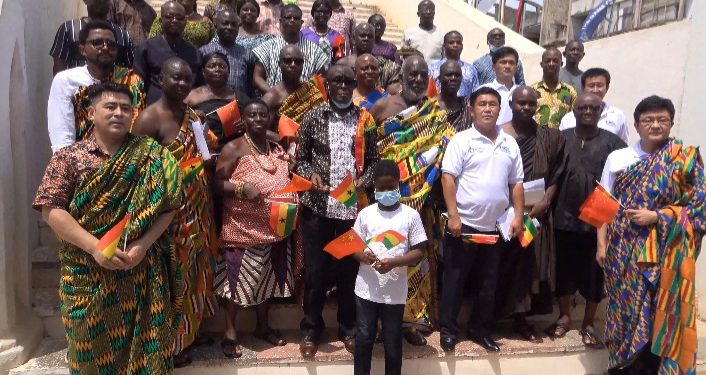 The Cape Coast Green City project in the Central Region has been launched with the objective to restore historic buildings and dilapidated school structures and the development of the coastlines in Cape Coast.

The 10 billion dollar project, which is expected to begin this year, will also ensure that ninety percent of households that are without toilet facilities get access to places of convenience by the end of the project.

The project is being spearheaded by MAMDEV Ghana Limited in collaboration with STEADY/X company and the Oguaa Traditional Council among other partners.

Speaking to the media shortly after the launch, the Director of MAMDEV GH. LTD, Kojo Mamphey, indicated that five major investors have expressed interest in the project so far.

Kojo Mamphey called on other investors to come on board to uplift the image of the ancient capital.

The Managing Director of STEADY/X, John Ayayee, hopes to equip teachers in Cape Coast with skills on how to move from traditional teaching to technology-driven teaching.

“We are partnering MAMDEV to begin the human capacity development in the Green City. We are here to equip people of this region with enough knowledge in the area of ICT”, he stated.

The Omanhen of Oguaa Traditional Area, Osaberima Kwesi Atta, acknowledged the importance of the project and described the move as a positive sign towards the development of Cape Coast.