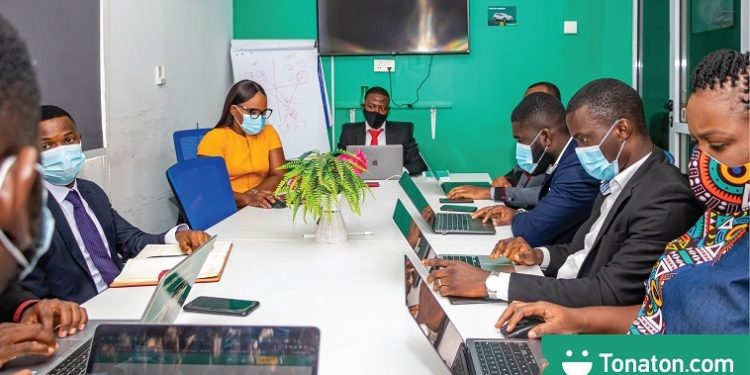 On April 23, 2013, Tonaton.com made its entry into the Ghanaian online marketplace space.

Before its entry, the Ghanaian online marketplace industry could be described to be under-served.

Saltside which is on a mission to create leading marketplaces in under-served markets made a bold decision to bring online buying and selling to the Ghanaian people through Tonaton.com.

Starting with 0 ads and 0 users, the platform has grown into one of the top sites in the country.

Tonaton.com has been one of the most visited websites in Ghana receiving more than a million monthly unique visitors.

These users spend an average of 10.54 minutes daily buying and/or selling on the platform.

Over its 8 years of existence, Tonaton has been recognized through several awards including Winner of 2015 Excellence in E-commerce Award – Maiden Ghana Auto Awards. The company was also honoured as the Best Oil and Gas online jobs platform in the Oil and Gas Ghana Awards scheme.

To commemorate Tonaton’s 8th anniversary, the company has expanded to the Central and Western regions of Ghana, which aligns with its mission to bring the online marketplace experience to underserved markets. The company has over the years operated only from the Ashanti and Greater Accra regions.

Tonaton.com has gained prominence due to its large listings of used and brand-new items; from cars and vehicles, fashion, electronics, property, home appliances to beauty products. Tonaton, which means buy and sell in the Ghanaian Twi language has grown to become “Ghana’s Largest Marketplace” for buying and selling anything.