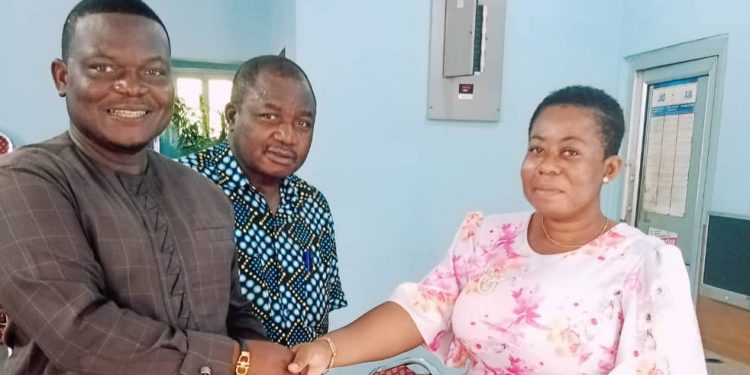 Gayheart Mensah, a media practitioner of 33 years standing, has filed his nomination to contest for the Presidency of the Ghana Journalists Association (GJA).

Mr. Mensah was nominated by the National Media Commission (NMC) to serve on the Board of the Ghana Broadcasting Corporation (GBC).

He was an Adjunct Lecturer in Advance Journalism and also Development Journalism at the Ghana Institute of Journalism (GIJ).

Gayheart served indication that his motivation to contest for the GJA presidency is driven by a “mission to restore GJA to its rightful place in the development agenda of Ghana”.

Whilst he believes that the current executives have done their best, he sees a lot more growth and potential for the GJA, in what he calls “the next phase of the association”.

He characterized that next phase as one under the acronym ‘POWER’, representing Professionalism, Organization, Welfare of members, Empowerment and Respect for the journalism profession.

“We need to move our level of professionalism an octave higher through training and other capacity building solutions initiated by the GJA in partnership with like-minded institutions; we ought to get better with how we organize and deploy ourselves; we must show more concern for the welfare of members; we should look to empower this association to become the Fourth Estate of the Realm in practical terms, not just perfunctorily, and we must restore respect, credibility and integrity to our profession”. These, he said, constitute the “mission to restore GJA to its rightful place”.

Gayheart pointed out that ‘POWER’, which he intends to expand on subsequently, will constitute the pillars of his message as he goes round the country to canvas for the votes of GJA members.

He has already received massive endorsements on his trips to the nine traditional regional capitals, excluding the Greater Accra Region. The rave reviews he received occasioned some vile propaganda against him by the other aspirants.

Gayheart worked with the Ghanaian Times, and the Daily Graphic and was the Acting Editor of the “Evening News” some 21 years ago.