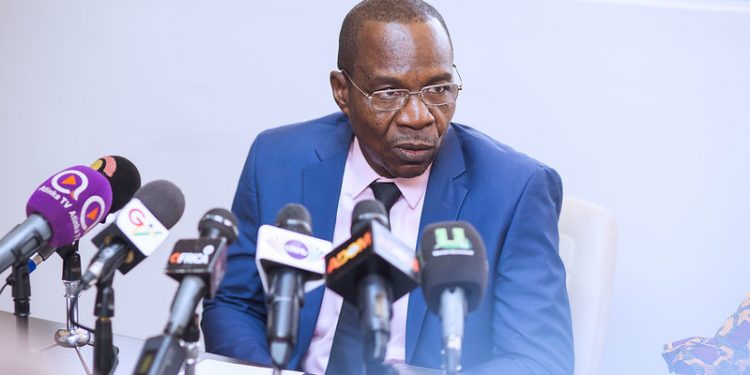 The President of the Ghana Journalists Association, Affail Monney, has been sued to stop him from holding himself as an officer of the association.

The plaintiff, Caroline Boateng, also wants the court to order the creation of an Interim Management Committee, according to her lawsuit.

In addition, she wants the court to “declare that all actions of the defendants from 17th day of November 2020 to date null and void.”

Also sued was the GJA National Council which is made up of national executives and the Regional Chairmen of the GJA whose tenure of office ended the 17th of November 2020, the plaintiff maintains.

The third defendant in the suit is the GJA Election Committee.

Caroline Boateng argues that Mr. Monney and the National Council “failed in their duties to ensure that the [Election Committee] carry out its mandate because [they] wanted to illegally extend their mandate and influence the subsequent elections.”

“Though the terms of office for the defendants expired on the 17th day of November 2020, the [Election Committee] is holding itself as a committee mandated to conduct elections.”

But Caroline Boateng argues that the committee’s mandate also ended on November 17, 2020, and “therefore cannot purport to be holding elections in 2021.”

“The actions taken so far by the [Election Committee] in the name of GJA is therefore against the very constitution that set all the defendants up.”

President assents to University of Media Arts and Communication Bill

President assents to University of Media Arts and Communication Bill