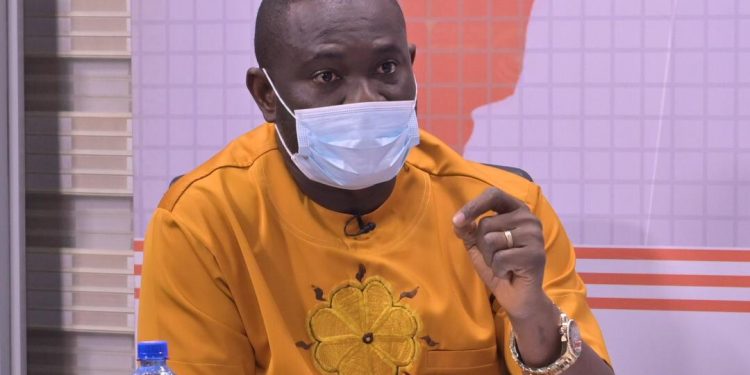 A Deputy Finance Minister nominee, John Kumah, says government is not ignorant of the concerns expressed by the #FixTheCountry campaigners.

He said government is very eager to address the issues and continues to welcome dialogue that will help it deliver.

Speaking on the The Point of View on Citi TV, the former National Entrepreneurship and Innovation Programme (NEIP) head stated that government has already started addressing some of the issues such as unemployment.

According to him, over 2 million jobs have already been created through various government programmes including Planting for Food and Jobs and other programmes under NEIP.

“We are eager to address the problem. We want to fix it together, but it will be better if we fix it with ideas… We’ve created over 2 million jobs in the last four years. This was presented to Parliament by the Labour Ministry. We are talking about jobs created in Planting for Food and Jobs, NABCo and so on,” he said.

There have been more than 700,000 tweets by Ghanaians with the hashtag #FixTheCountry among other related ones to impress upon the government to address the rising cost of living and poor living standards.

The government has in reaction to the campaign said it is already fixing the issues raised and has called for calm among the campaigners, but some say the government’s response is not satisfactory.

Financial Analyst with Dalex Finance, Joe Jackson, said the government was being “tone-deaf” to the concerns of the campaigners, but according to John Kumah, that claim is unfair.

He said “to say it [the response] is tone-deaf is an extreme reaction especially when the person has welcomed their participation and their suggestions.”

He said most of the issues raised are being experienced by many other countries in the world and the outbreak of the COVID-19 pandemic has worsened the situation, and so the allegations against the government must consider those factors.

“Globally, there are challenges. No economy at the moment is doing well. There is genuine hardship that is compounded by the COVID-19,” he remarked on the show.

Meanwhile, he has urged those urging the government to fix the country to come up with a comprehensive list of their demands.