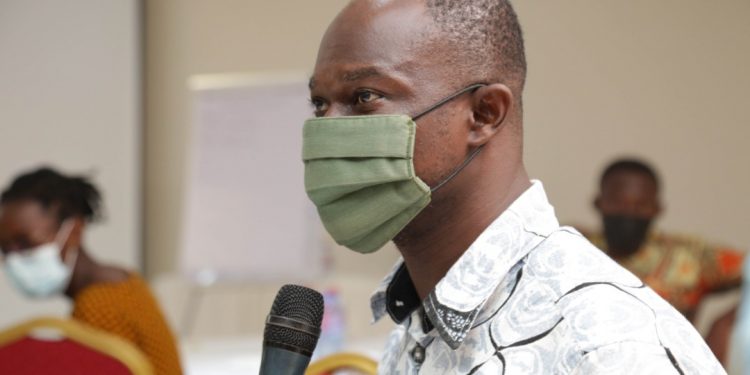 He entreated the youth to design business proposals to boost the existing green jobs they’ve created.

He called for the mobilization of financial resources which he says is key in ensuring that Ghana addresses many of the challenges associated with the implementation of adaptation and mitigation actions. 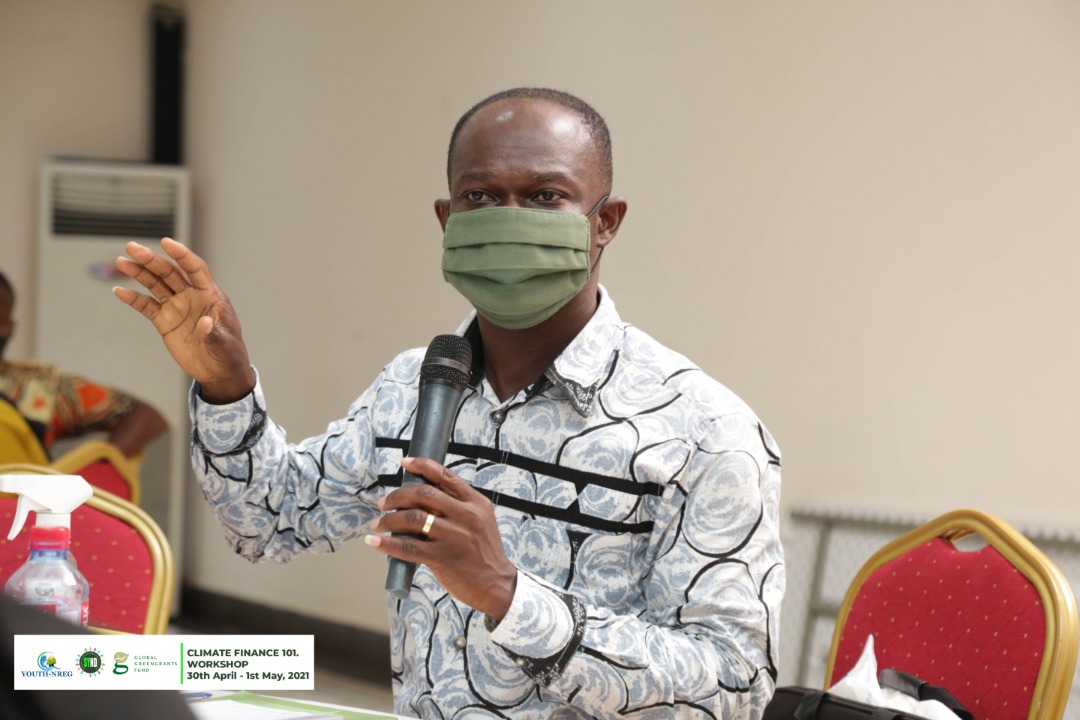 Mr Gyamfi said these at Strategic Youth Network’s (SYND) climate finance workshop in Accra which forms part of its effort to equip young people with knowledge on climate and its related issues.

Dubbed Climate Finance 101 under the theme “The role of young people in Climate financing” the program assisted participants to learn the basics of global and national Climate Finance, key issues and players in the sector, campaign ideas, and among others. 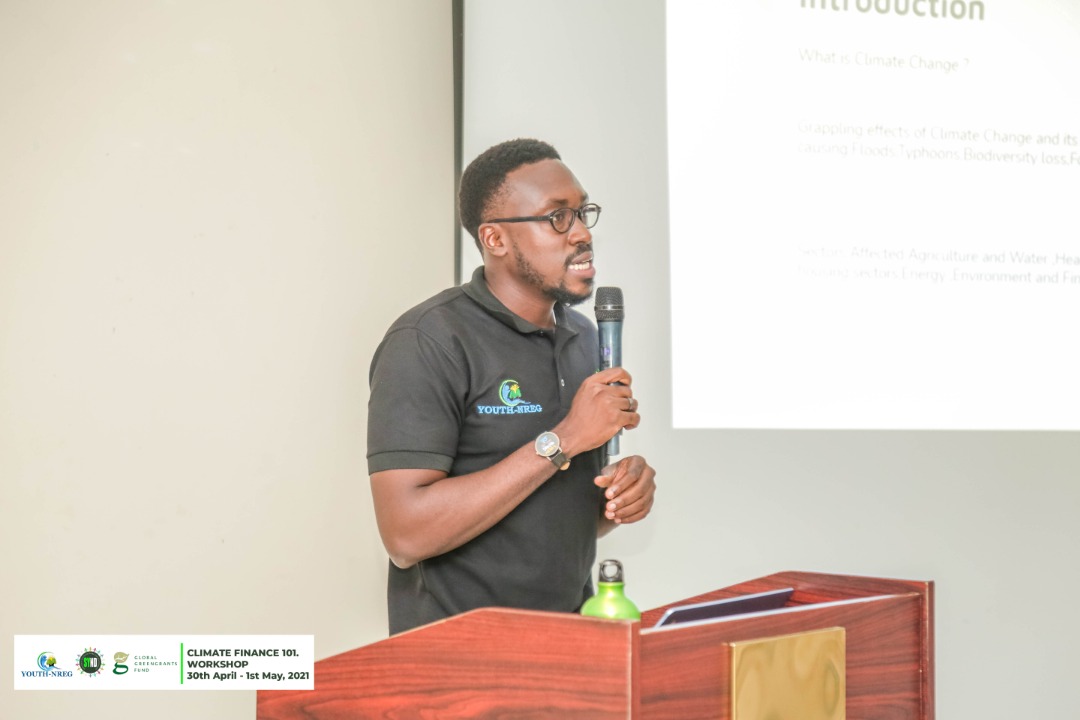 According to Maxwell Beganim, a member of  the SYND Policy Team, the financial support is needed as mitigation efforts to decarbonize the economy and assist the country to achieve global temperature rise below 2 Degrees Celsius.

He observed that “adaptation and mitigation are complementary strategies for reducing and managing the risks of climate change”.

He added that funding for climate finance is organized roughly using the polluter pay principle from the environmental law. 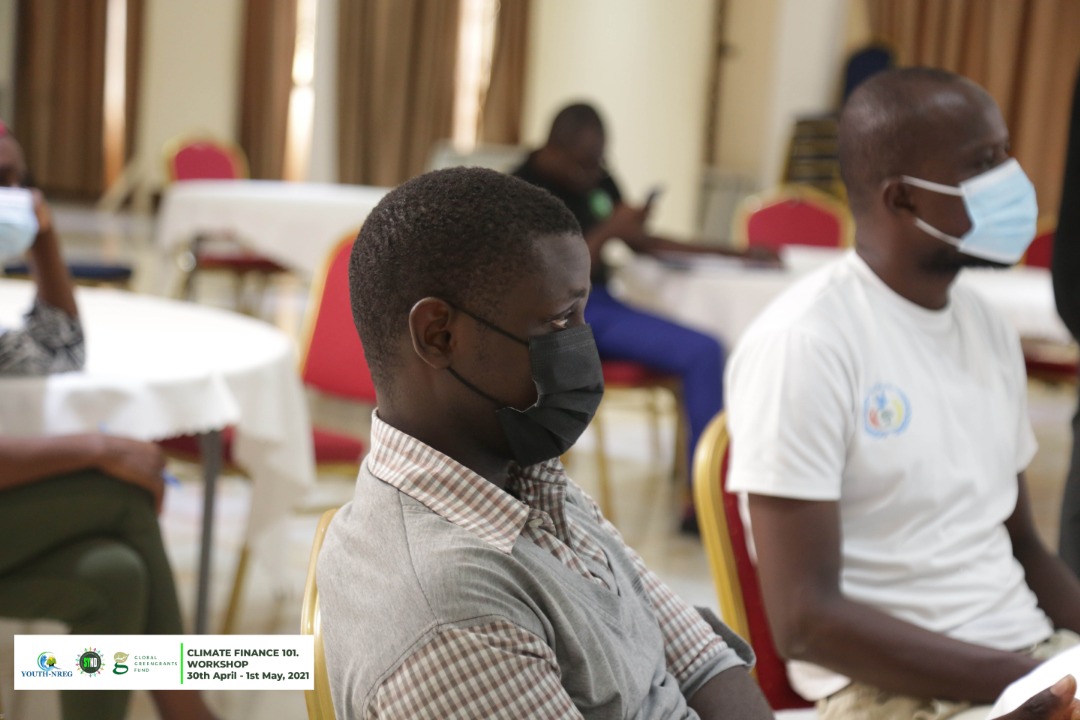 The funds from these institutions “seek to provide the financial resources to developing countries, LDC and Small Islands to facilitate the provision of climate finance”.

In 2017, out of $277 million US dollars that were given to the country, only 104 projects were disclosed to have taken place.

This pushed the speakers to rhetorically question the availability of the projects and their benefits to the vulnerable in Ghana. 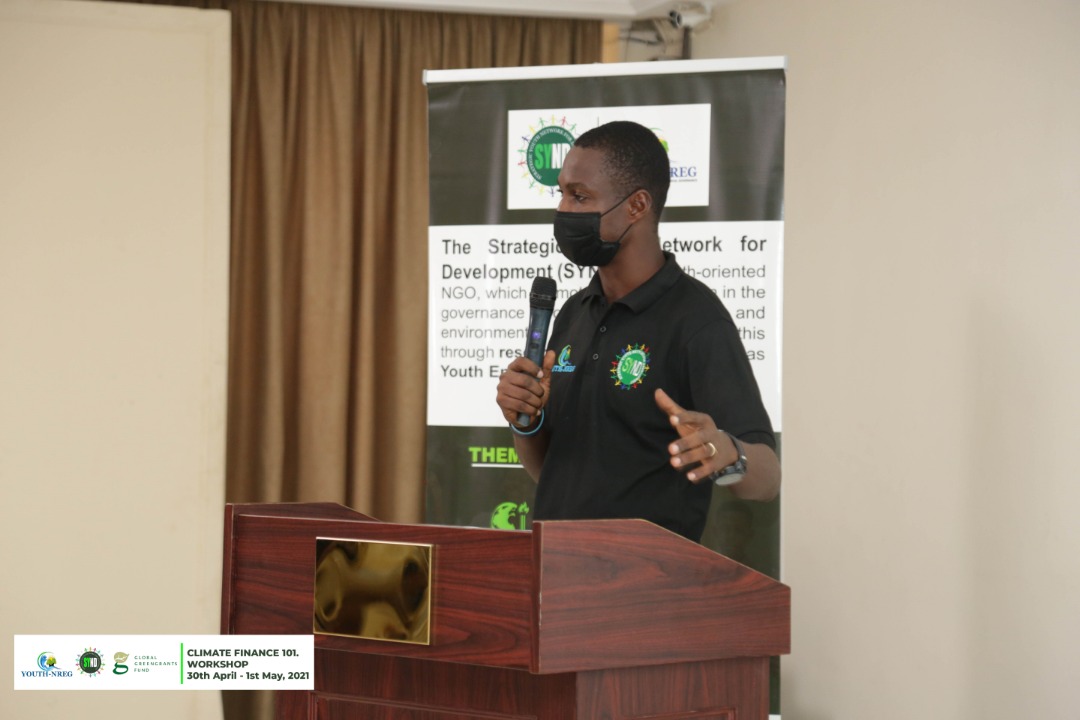 On the way forward to ensuring that funds received are judiciously used for the benefit of all, the Executive Coordinator of SYND Chibeze Ezekiel proposed the development of IE and C materials targeted at schools and communities in support of public education efforts.

Additionally, the tracking of Nationally Determined Contributions (NDCs) in critical areas like forestry, transportation, energy, health, infrastructure planning, waste, and early warning systems and as well as holding government accountable to deliver on commitment on proposed unconditional actions must be keenly pursued by young people. 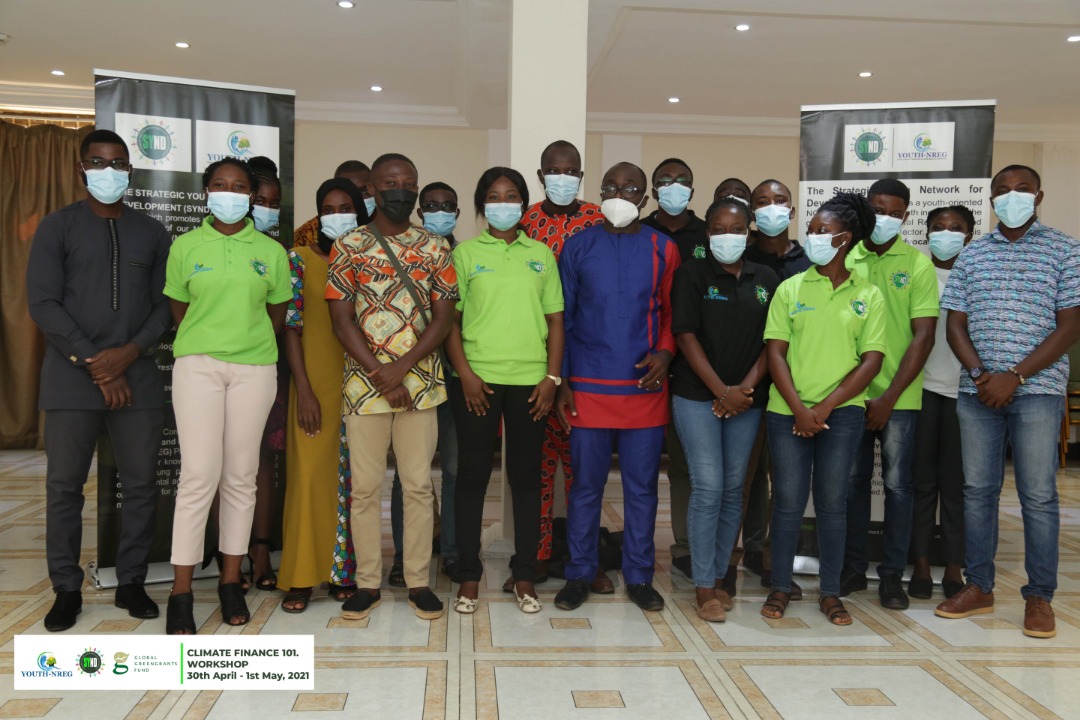 “Hashtag such as #FollowClimateFinanceProject, #WhereAreTheClimateProjects, can be used by young people to demand accountability from government”, Chibeze charged.

Solomon Yamoah the General Manager of Wisdom Ways academy and the Partnership and Netw member of SYND, says it was unproductive for civil society organizations and young people to attend climate change conferences and workshops but take no action afterward.

He urged the participants to change the narrative and take action in their respective capacities and communities using knowledge gained from the workshop towards achieving the climate change fight.

The workshop was graced by representatives from Ghana Education service, ActionAid Ghana, Embassy of Switzerland, and Kasa Initiative Ghana.