Government releases over GHS125 million for feeding of SHS students

The government through the Ministry of Education has released an amount of GHS125,998,145 for feeding of students in public Senior High Schools nationwide.

This was contained in a press statement issued by the Ministry of Education and signed by its Chief Director, Mr. Benjamin Kofi Gyasi.

According to the Ministry, part of the amount was released to the Buffer Stock Company, and the remaining sent to the headmasters of Senior High Schools to enable them buy perishable components of foodstuff needed for the feeding of the students.

The statement further explained that this payment follows an initial payment made to the Buffer Stock Company and the headmasters for perishable foods for the first semester.

The Ministry however rejected the claims that the Free Senior High School initiative is under stress.

“The Ministry is therefore assuring parents and other stakeholders once again that the Free Senior High School (FSHS) initiative is not under stress as was being peddled around by some for reasons best known to them.”

Below is the full statement from the Education Ministry 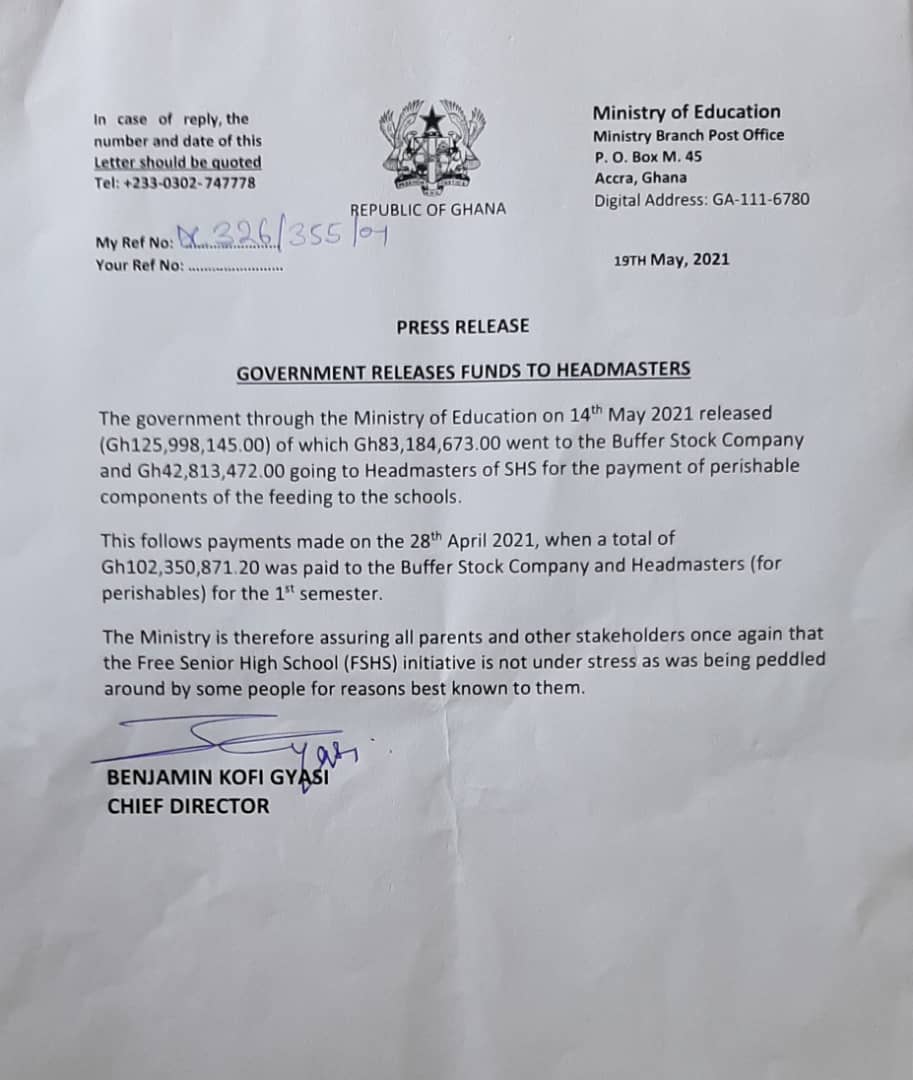 The Teachers and Educational Workers Union (TEWU) had early on complained about the delay in releasing the funds to the schools.

The National Chairman of the Teachers and Educational Workers Union (TEWU), Ambrose Yao Kwadzodza in a Citi News interview said the situation was so dire that some school heads resorted to crediting food items in order to feed their students.

“For some time now the report reaching me from all over the country is that many schools are suffering as far as funds are concerned. I was told specifically that there are schools that have credited way back about two months without paying for the various items they have credited from those creditors, and once they don’t have the money to credit from these creditors, it will be difficult for them to get another supply to feed the children.”