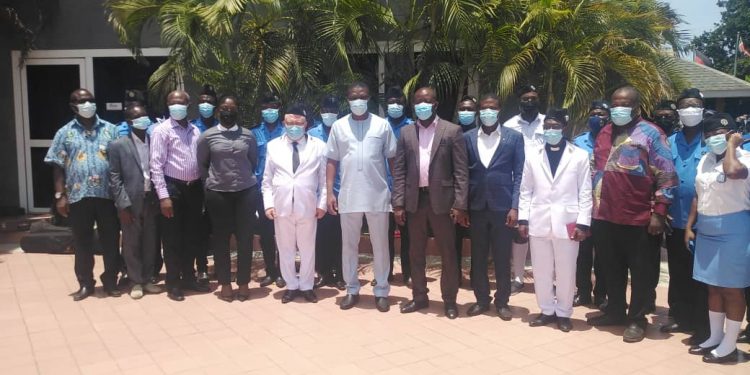 Hisense, the leading home appliances company in the country has rallied support for the Boys Brigade (BB) , Ghana soccer Gala and Knock Out competition.

The support-products and undisclosed amount of cash form part of the established company’s quest to support sports, particularly football in the country.
Hisense in recent years has supported the country’s top flight league with a reward scheme where players receive financial rewards for scoring against Asante Kotoko.

Earlier in the year, they sponsored Asante Kotoko with a mouthwatering package and they have supported other disciplines like golf and sports programs on TVs and Radio.

President of Boys Brigade- Ghana, Moses Foh-Amoaning at the Gala’s launch stated said: “want to thank Hisense for their immense support for this competition. if you want to develop sports, the critical age is six upwards. This initiative offers Ghana an opportunity to get the basics of football right.

“BB is a regimented organization, meaning discipline is guaranteed, and because the boys are already in school, and churches, education and high Christian values are assured.”

He added that it is also an opportunity to grow referees and coaches that will raise the standards of the game.

The competition scheduled for June (Districts) and August (Regionals) would be played in both the U-16 and U-20 at the Districts level where players will be selected to the Regional level and later to the national level. Registration is ongoing.

Each District is expected to present two teams to play at the regional level and later at the national level.

Youth and Sports Minister Mustapha Yussif described the project as
a new beginning for thousands of Ghanaian youth in annals of the Brigades saying, “Sports forms vital components in our development. Government is interested in investing in the youth of Ghana since it is essential for development . The young people are the next generation of workers and leaders.”

GFA president Kurt ES Okraku noted that his outfit’s involvement in the project is massive because of the multiplying effect it will have on Ghana. He pledged the FA ‘s full support.

It was Fred Pappoe, former GFA vice president who chaired the function and pointed out that the initiative was timely because of the three pronged benefits…education, high Christian values and discipline.