IPAC to discuss reduction in filing fees for female candidates, other proposals 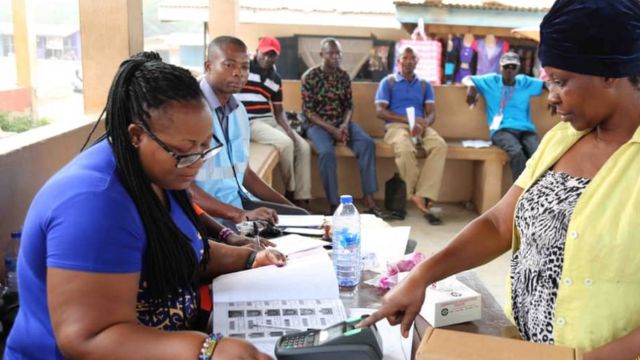 The Inter-Party Advisory Committee (IPAC) of the Electoral Commission will, in the coming days, finalise approval for the reduction of filing fees for female candidates and persons with disabilities by 50%.

This is part of 16 recommendations agreed upon after a two-day IPAC review workshop on the 2020 general election.

The recommendations agreed upon by participants of the IPAC review workshop cover areas of voter registration, exhibition, filing of nominations, time for close of polls, and election.

Six of the recommendations, however, are to be further deliberated upon by IPAC.

They include a proposal for the validation of voters during the exhibition to indicate whether voters will be available for the impending elections and a proposal for the reduction of nomination fees for female candidates and persons with disabilities by 50%.

The Commission revealed this in a communiqué’ announcing the outcome of the workshop.

“It was further agreed upon that the EC and IPAC will further deliberate on encouraging nominations of female and persons with disabilities by reducing their filing fees by 50%”.

The other recommendations to be further deliberated upon are whether data entry should be only at the constituency level as well as collation of results at the Electoral Area level.

The Commission seeks to also convince IPAC to agree to affix ballot boxes to tables or stands to prevent ballot box snatching.

While these are yet to be finalised, IPAC agreed on polls closing at 3 pm instead of the 5 pm deadline and certified collated regional presidential results to be announced by the chairperson of the Electoral Commission to reduce tension.

IPAC also agreed to implement a continuous voter registration exercise that enables eligible citizens not on the register to do so with proof of citizenship limited to the use of Ghana Card, Passport, and the guarantor system.

On this, a committee is supposed to be formed to come up with modalities in implementing continuous voter registration.

In similar fashion, the stakeholders agreed for the EC to introduce an all-year-round voter Exhibition exercise through the use of technology.

In accordance with advice from the Electoral Commission (EC) chairperson for stakeholders not to be in a hurry to change good electoral practices, IPAC maintained the five-day period for filing of nominations and the current practice of special voting.

IPAC however resolved to increase the period set aside for political parties to obtain signatures for the purpose of completing their nomination forms and to set the period for campaign after filing of nominations.

On Election security, the stakeholders agreed that it was a responsibility of the Ghana Police service but charged the service to periodically engage IPAC on security arrangements.

The workshop was however boycotted by the largest opposition party, the National Democratic Congress, (NDC).