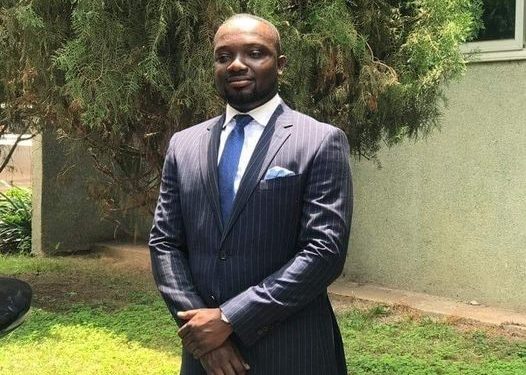 As the seething conversation around how a journalist with Accra-based, Citi FM/Citi TV, Caleb Kudah was assaulted by national security operatives during an interrogation continues, a private legal practitioner, has also opened up about how a client of his was subjected to a similar ordeal.

The account of the lawyer, Yaw Twumasi Ankrah, sought to throw more light on the constant report of physical abuse meted out to citizens by some security personnel, following an attempt by some Ghanaians to downplay or deny Caleb Kudah’s harrowing experience.

In a post on Facebook titled ‘Blue Gate Encounter’, he narrated how state security agencies such as the National Investigation Bureau (NIB), Police, Economic and Organized Crime Office (EOCO) and the National Security itself, have coerced individuals into their custody to confess to crimes they have not committed and assaulted them in the process.

“If the lawyers decide to give an account of their experiences with the security agencies in this country eeerh, you will have very little or no reason at all to doubt anyone who tells you, they have been assaulted by the BNI (now NIB), police, National Security, EOCO among others, or they confessed to avoid further assaults.”

Caleb Kudah was at the Blue Gate at the National Security Ministry filming some grounded MASLOC vehicles parked at the premises only to be arrested and brutalized by some national security operatives who did not charge him for any offence stated in Ghana’s statutes.

In a similar encounter at the same site, however, the lawyer revealed that his client once called to inform him that he had been invited to Blue Gate on a Friday to assist with an ongoing investigation.

He however counselled the client to liaise with the officer in charge and reschedule to Monday since he wants to come with a lawyer.

Although the officer initially agreed to reschedule, he shortly called back and insisted that the client comes on Friday.

In what the lawyer said was to avoid the usual drama, he asked the client to take the lead so that he joins him after a court appointment he had.

“I strongly counselled him that no matter what they do, he should not put anything on paper until I am present nor should he write anything beyond I am innocent on paper, should he be compelled to (they have a way of compelling you)”, he posted.

The lawyer says when he closed from the court, he quickly rushed to the Blue Gate, and after going through the protocols, he was told his client was being interrogated, and that he cannot be there but would be called later on.

“After waiting for over two hours amidst agitations and demands to see the “superior” to report the obvious breach of the right to counsel, the receptionist insisted that she was working on instructions whenever the lawyer raised concerns about the illegality about how the client was being handled.”

The lawyer says at the point when he finally saw his client, one of the officers boldly told him to advise his client “to confess else he will spend the weekend in their cells”.

This, the lawyer said, “is a form of threat that has worked magic on so many people who are now in jail for things they have not done.”

Being shell-shocked, the lawyer asked the officer if he wanted the client to “confess to what he did not do, so you can sign it off, or you will want to know the truth.”

“He said there is no truth, and that if I “misbehave” they can worry me. Can you imagine that?” the lawyer said in his Facebook post.

According to the lawyer, he insisted the client had nothing to say beyond the fact that he was innocent.

As a result of the lawyer’s response, the client is said to have been detained at the blue gate for three days.

Interestingly, after the conclusion of the investigations, it emerged that the officers could not find any evidence to support the allegations against the lawyer’s client.

The lawyer argued that the operatives only wanted the client to confess to a non-existent act, so it could be relied upon in court to secure a conviction.

“If you are a “nobody” you are finished. There several similar encounters with the BNI and Police, but that is for another day”, the lawyer’s post concluded.