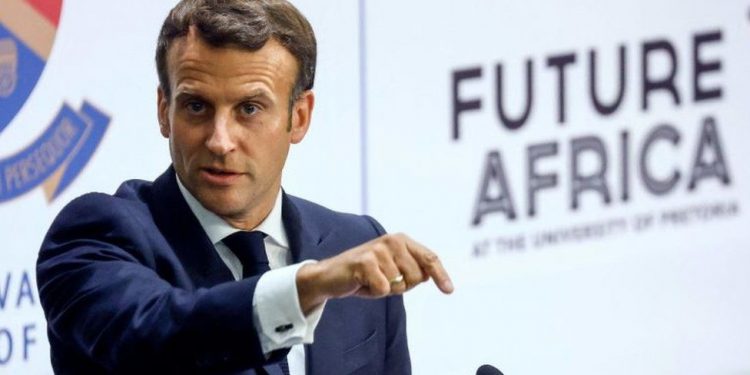 President Emmanuel Macron has warned that France would withdraw troops from Mali if political instability there leads to greater Islamist radicalisation.

It follows a second coup in nine months in the West African nation.

Mr Macron warned of the risk of Mali “moving towards” greater Islamist influence.

France has 5,100 troops in the Sahel region which has been a front line in the war against Islamist militancy.

French troops have been supporting forces in Mali, Mauritania, Niger, Burkina Faso and Chad to battle militants in the Sahel region since 2013.

Mr Macron told Jounal du Dimanche newspaper that he had told regional leaders that France would not support countries where there was no democratic legitimacy or transition, and that France had no intention of keeping its troops in Africa forever.

For decades France has provided military support to back leaders of its former colonies in Africa, often sending troops or despatching air strikes to counter armed rebels.

What is happening in Mali?

Coup leader Colonel Assimi Goïta was named transitional president by the constitutional court on Friday, two days after he declared himself the interim leader.

Soldiers arrested and detained the two men after a cabinet reshuffle that Col Goïta said he was not consulted about.

He also led the coup last August, which saw the elected President Ibrahim Boubacar Keïta forced out of office.

Col Goïta has now promised that a new prime minister would be appointed within days, and that elections would still go ahead next year as planned.

Meanwhile, regional leaders will on Sunday hold a “consultation” meeting in Ghana, which Col Goïta is expected to attend.

Why is Mali so unstable?

It is difficult to enact reforms quickly – and the vast landlocked country is poor, with large areas underdeveloped.

A coup in 2012 led to militant Islamists exploiting the chaos and seizing the north of the country.

French troops helped regain territory, but attacks have continued as the insurgents have capitalised on the persistent political instability in the region.

This has all led to public confidence waning over the army leaders’ ability to tackle the Islamist insurgency that has spilled into neighbouring Burkina Faso and Niger.