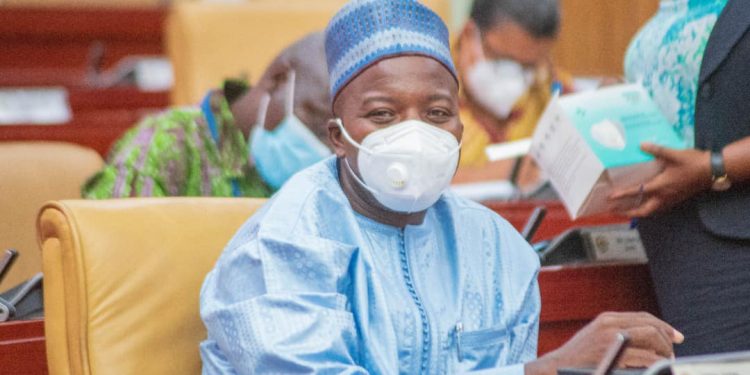 The Member of Parliament for Bawku Central, Mahama Ayariga has welcomed the court’s decision to acquit and discharge him and six others in the case of alleged procurement breaches in the purchase of an ambulance for his constituency.

The High Court on Friday, May 7, 2021, acquitted and discharged Mahama Ayariga and six others upon a no-case submission by their lawyers.

Mr. Ayariga said he had tried several times to explain to the Office of the Special Prosecutor, then led by Martin Amidu, that there was no wrongdoing in the procurement of the ambulance, but the office did not accept his explanation.

In an interview with Citi News after the court’s decision, Mr. Ayariga said he was grateful to Ghanaians for their support.

“We’ve been in court for several weeks now and the judge gave a ruling and acquitted and discharged all of us of all the charges that were levelled against us by the Office of the Special Prosecutor. So I just want to thank all those who rallied to support me when the matter was brought to the public attention,” he said.

He further explained that all those involved in the case wanted to help the community and did nothing wrong to be dragged to court.

“Everybody who was involved in the process acted with the singular purpose of just helping the people of Bawku to have an ambulance. The Special Prosecutor took up this matter and all efforts to get him to appreciate that there was nothing wrong with anything that had happened fell on deaf ears, and he decided to prosecute and so today, we thank God that the judge took the position that the prosecution has not made any case against all of us and therefore we should be acquitted and discharged.”

The Special Prosecutor brought two different cases against the Bawku Central legislator; one involving the lawmaker’s use of a parliamentary loan approved for the purchase of a V8 vehicle for official use, and the other over an ambulance he purchased for the Bawku Municipal Assembly.

The Court is yet to begin proceedings on the V8 vehicle loan case.

In this other case, he is accused of using his office for private gain and with other charges bothering on tax offences, procurement breaches, and forex trading.

The case which is still at its management stage in the trial process, also includes one businessman, Kendrick Akwasi Marfo.

The action was initiated by former special Prosecutor Martin Amidu, collaborating with the EoCo, on grounds that the MP had used a vehicle facility afforded him by the House of Legislature in ways that had not been contemplated by the law.