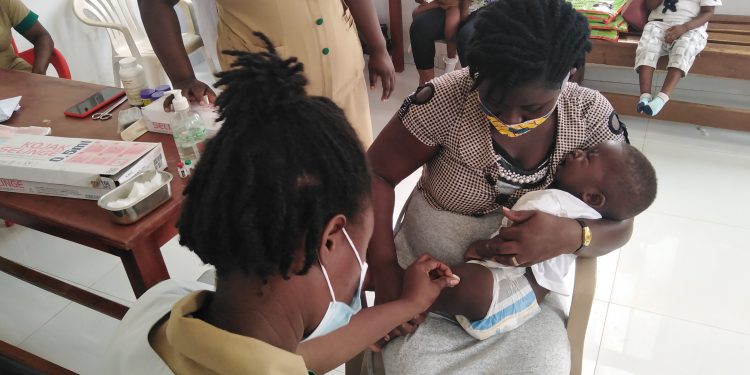 There is a reduction in malaria cases among children in the Dormaa Central Municipality and the Sunyani East Municipality of the Bono Region since the commencement of the malaria vaccine trials.

Malaria is one of the most severe public health problems worldwide. It is a leading cause of death and disease in many developing countries, where young children and pregnant women are the groups most affected.

In 2019 alone, 409,000 people died from Malaria across the globe according to the World Health Organization.

Malaria continues to top the list of diseases recorded at most Out Patients Department across Ghana. Malaria elimination in Ghana is estimated to cost $961 million between 2020 and 2029.

However, since the Malaria vaccine trials began in both the Dormaa Central and Sunyani Municipality of the Bono Region, there seems to be a decline in the number of children with Malaria.

The Medical Superintendent at the SDA Hospital in Sunyani, Dr. Philip Fobi Karikari in an interview with Citi News disclosed that, “The situation has really improved.  In fact, malaria used to be the number one cause of morbidity and sometimes mortality in the hospital but when we did our validation for the first quarter, it was the 7th. We have vaccinated 727 babies and the number of malaria cases in those babies has gone done.”

Selina Laryea, who is in charge at Reproductive Child Health at the Presbyterian Hospital at Dormaa Ahenkro noted that the malaria vaccine has really helped in reducing malaria among children in the Dormaa Central Municipality.

“At the initial stage, we were having challenges because of what some parents have heard about vaccines. We have so far vaccinated 815 children. The parents are now embracing it.”

Some parents who had their children take the jab also shared with the news team how helpful the malaria vaccine has been to their children.

Beata Agyei noted that her child used to get malaria frequently but ever since she took the malaria vaccine it has stopped, and she is therefore encouraging parents to send their children to take the jab

Another parent, Linda Appiah, said, “It has really helped me. My son has fallen sick before, but he has never tested positive for malaria. It is always infections. The vaccine has really helped us against malaria, so parents should embrace it.”